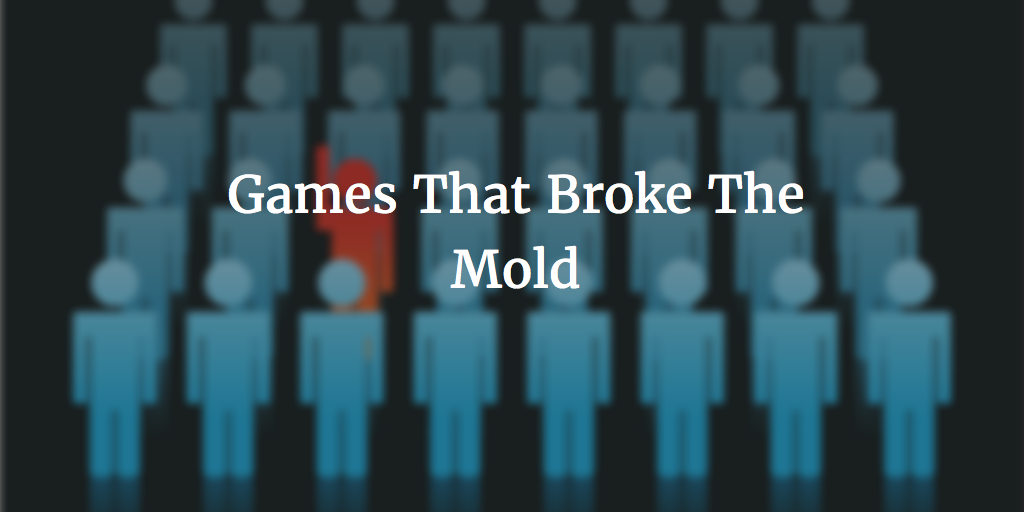 When we talk about revolutionary video games, or the ‘most important’ games, we often sit back and relax singing the praises of ‘Pong’, ‘Space Invaders’ and ‘Pac-man’. While they are the pioneers of our basic notions of gaming, there are other games that have heavily contributed to the industry today and if these games didn’t exist, the gaming world would be unrecognisable. The interesting thing is, I hadn’t really ever considered the role some of these games played in the long history of electronic entertainment, and some of them I outright despise (sorry Zuckerberg).

The Browser Based Game

Browser based games came about after Runescape popularised the genre through its free to play design. Released in January 2001, Runescape now charges a subscription fee but was one of the first games to offer a basis for a virtual world populated by other people across the world. It was eclipsed in 2004 however, by World of Warcraft that surpassed 10 million players at its peak and is essentially the MMO responsible for placing the genre within the mainstream perspective.

The social game is a fairly newborn concept within the larger span of gaming history; sparked by the micro-transacting, infuriatingly popular, seemingly mundane Farmville in 2009. Farmville pushed this new social gaming market and used native elements of social media (those irritating invites and notifications that narrate to you just how your dinner lady from school just hatched a new batch of virtual eggs) to revolutionise the way casual gamers saw games as well as how casual games were marketed. It is arguable, however, that social gaming began a while before the internet really even took off. Dance Dance Revolution cued the idea that social party games were a viable entertainment option. It proved that video games could be marketed towards a new crowd of individuals and that dance mats could become a frequent fixture in every home and bootsale.

Oh Mortal Kombat – you are the motorcycle riding,

heavy rock playing older brother of the gaming world – the one who just wanted to push those boundaries until they shattered and then pushed on more. The game put the idea of violence into the mainstream media’s worried eye with its horrifically gory, brilliantly bloody Fatality moves which sparked the thriving violence debate that so plagues the video game industry. You just did it with such style :’).

This one’s fairly obvious. Resident Evil popularised the survival horror game after its predecessor, and kind of parent, Sweet Home. The 1996 PlayStation game spawned a large marketing strategy consisting of movies, novels, sequels of varying quality, and comics. Its creator, Shinji Mikami, is still hailed today as the godfather of survival horror with his new release The Evil Within. 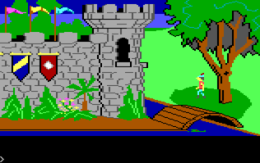 I hadn’t even heard of King’s Quest before, and now the guilt is raining down because the game revolutionised the way adventure games were played in 1983. Previously all players had to work with backdrops and textual information, but King’s Quest featured the first controllable character who could move around and perform actions within his surroundings. However, this wasn’t the first game to feature a visible character to relate the text to, Adventure allowed the player to move around a castle and find a key in 1979 and interestingly, featured the first easter egg – a secret room with his name scrolling through.

Command and Conquer was certainly not the first real time strategy game, but it certainly tied up elements found in slightly earlier games to promote what we come to know now as strategy. It boosted the genre into the public domain and proved its viability with the addictiveness of its plan-20-minute-ahead gameplay.

The Sims brought about the largest video game movement the industry has probably ever seen. Before The Sims,however, Sim City popularised the entire simulation genre in 1989. Though the 2013 version is a slight embarrassment, the original game was the pinnacle of creativity and freedom within your own gameplay and possibly paved the way for The Sims to ever exist in the first place.

The move to independent developers over the last few years has been pretty revolutionary in itself, however the first Indiegame to really see the daylight of grand success was Minecraft. Minecraft was so successful that is even developed its own genre, leaving players hooked on alternate, free worlds and non-players wondering why… until they tried it… then they were lost to it as well. 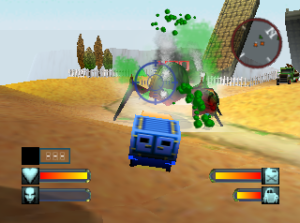 GTA is often hailed as the parent of all open world video games. However the first game to give players the freedom to decide where they want to be and when, was Body Harvest on the N64 in 1998. Since then, however, Legend of Zelda Ocarina of Time has held a lot of influence over the open world genre. The 3D world presented in the game changed developers’ and players’ perceptions of the possible size of the game world, with games such as Super Mario 64 assuring developers that the move to 3D might actually work.

Now, you might not like this, but i’m going to say it… Angry Birds was critical in the launch of the current mobile gaming hype. It was downloaded over 12 million times when it was released in 2009 and helped turn the mobile into ahandheld gaming device. We must not forget our roots however, and look to the game that revolutionised the handheld console. Tetris was the poster-child for handheld gaming – a repetitive, addictive game that could fit in the palm of your hand and stay there fore hours, Tetris fully established Nintendo as a force to be reckoned with in the handheld market.

Narrative is critical to a game today. In the beginning, games were created with instant gratification in mind. Nowadays we have the technology to build suspense, and create an in depth story which causes players to question character motives, build up their own suspicions about plot twists, and generally engage deeper with the context of the action. Donkey Kong stepped away from the goals of its time (to kill anything you see) and employed a beginning, middle, and end set up to its game narrative. This step pushed storytelling in games a lot further than is often recognised. But then Myst decided to go further. Myst revolutionised the use of a narrative in video games – the linearity of previous games was abandoned and players were sent across different locations to gather clues. The game changed the notion of a linear time and space within gaming.