Video game fan theories. While often wildly elaborate and rarely rooted in considerable amounts of evidence, there are certain video game worlds that lend themselves well to the imagination of the fan. Indeed, the world of The Legend of Zelda is so full of the mysterious intrigue needed to foster such speculative backstories that the many theories that have come to surround it seem, for the most part, highly likely. Browsing the web for Zelda theories can quickly turn from a curious Google to an intrepid voyage through a bottomless pit of information, timelines, and screenshot close-ups. Here are 4 of the biggest Zelda fan theories being faced by the internet today. 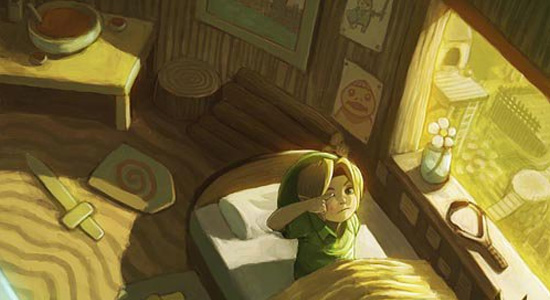 This theory has been around a while, and is possibly one of the longest standing on our list. It takes root from the fact that every Zelda video game shows Link waking up. While it’s very possible that this trope could be a narrative device to display Link’s world at equilibrium, create a sense of calm and peaceful stasis before action, or demonstrate the character’s innocent naivety before his rise to hero-dom, theorists have other ideas. They posit that every game is a dream. It’s a device that’s been used throughout the ages and become laughable now, and has even been used by Nintendo several times. However the dream theory does explain why the mystical world of The Legend of Zelda works in its own unique ways. The fact that history often repeats itself, and the resurrection of characters across multiple titles can both be explained with this theory. The concept splits between people who consider each game to be a stand alone dream and those who buy into the ‘inception’ format, whereby each time Link wakes up in a new game, he is waking up from the previous dream / game and into a new one. 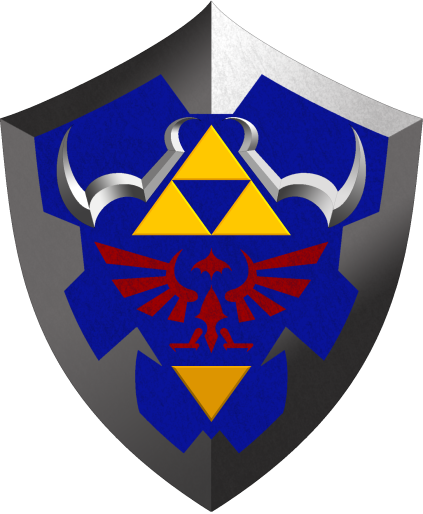 The iconic Triforce has become synonymous with the Legend of Zelda series itself, along with the Hylian Shield. However, fans have spotted that the yellow triangle at the bottom of the shield (in Ocarina of Time, not Twilight Princess interestingly) correlates perfectly with the blank triangular space in the centre of the Triforce itself. And so the Tetraforce theory was born. Based on the notion that the Triforce is controversially made up of 4 triangles, there’s little in-game evidence for this and Miyamoto has since denied the notion. Evidence lies in the understanding that The Legend of Zelda works in patterns of 4 – with 4 Light Spirits in the Twilight Princess and 4 Giants preventing the moon crashing into Termina in Majora’s Mask to name a couple. Possibly the most convincing aspect of this theory however, is the existence of a possible fourth Goddess in the creation of the Triforce in Ocarina of Time. Some believe Princess Zelda herself to be this fourth Goddess, with her name being Tetra in Wind Waker.

Made popular by The Game Theorists in their 15 minute explanation video, the theory of just what the hell Majora’s Mask is on about is possibly the most credible and likely theory I have come across on the web. It makes sense of the darkest and weirdest title in the series in a way that ties nicely with the overall theme of the game and is highly referenced within the action itself. The foundations of the theory lie in the notion that Majora’s Mask describes the Kübler-Ross model of the 5 stages of grief. Set across 5 lands, the game takes you through denial, anger, bargaining, depression, and acceptance in its narrative. The first land, Termina, is populated by people in denial about the moon crashing into the planet. Then, in Woodall, the Deku King has lost his daughter and exhibits unnecessary anger towards the poor innocent monkey he blames. Darmani the Goron’s ghost pleads with Link to bring him back to life in several acts of bargaining. In Great Bay, Lulu has retreated into silence after the loss of her eggs, and acceptance is said to be found in Link’s climbing of the tower and shooting the Light Arrows in an act of enlightenment. The whole game deals specifically and repetitively with themes of loss and death, and herein specifically lies contention with how far this theory goes. The 5 stages of grief are widely accepted as the thematic structure of this game, however who we are grieving for remains a matter of debate. The Game Theorists posit that it is Link himself who has died citing, among other evidence, the repetition of the ominous phrase “you’ve met with a terrible fate, haven’t you?”. There are also theories of the game representing Link’s search for Navi, who randomly decided to up and leave at the end of Ocarina of Time.

Dark Link is not to be confused with Shadow Link, but is rather a version of the young hero who battles him in games such as Adventure of Link and Ocarina of Time. The theoretical contention lies in who Dark Link is and what he represents. Some have offered the Peter Pan theory – in that both Link and Disney character Peter Pan have similar attire and their stories share similar themes of surface light and deeper dark. They therefore suggest that Dark Link is Link’s own shadow in the same way Peter is constantly at war with his. Other theories have circulated surrounding the notion that Dark Link was created by Ganon as a test for our hero.

These theories provide Zelda fans a way to make sense of the detailed connections and bizarre events of these games. The fact that the backstories and connections are so complex creates a breeding ground for fan interpretation – in the case of The Legend of Zelda, abstraction breeds creativity. Fan theories allow for deeper immersion into the elaborate world and the fire has only been fed by the publication of the Hyrule Historia in 2012. Since the dawn of Zelda’s time, fan theories have changed to accommodate new information from games and developers, however there are differing views within the community on how a theory can be verified. I believe these differing views stem from whether you prize the authorial voice of the creator, or the authority of the notion of a cultural product more. If you are more invested in the word of the author, then a theory isn’t true until they say it is. If you believe in the power of the game as an independent discourse, then the more people believe something to be true about a game, the more it actually is.