New WiiU title, Pokken Tournament has set fairly intimidating rules on rage-quitting. The online tournaments sees pokemon characters head to head in battles, allowing players to see just what happens when they pit their creatures against one another. With the minds behind Tekken at the wheel however, it was set from the beginning to incorporate the best mechanics of fighting games today. Thankfully, one of the elements not included in the title is the rage-quit. Following the backlash against Street Fighter V’s initial apathy towards those who throw their controllers out the pram and disconnect their console, Pokken Tournament has revealed a deadly message to those who attempt to wipe their foreseen failure from their record. 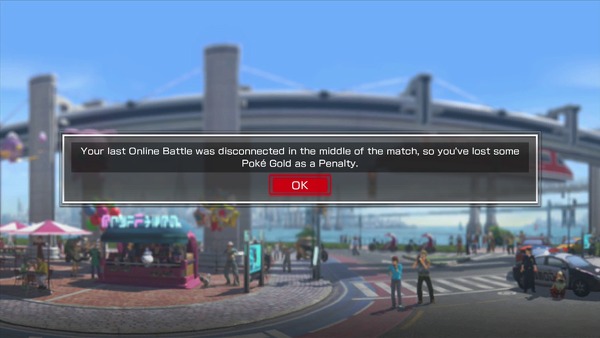 When rage-quitters turn their systems back on, presumably to find some other battle to lose, they are faced with a loss of Poke Gold. This tangible penalty for those who rage-quit is likely to mean a much more intuitive and realistic scoreboard across consoles, and the discouragement is being welcomed across the web. However, it’s disconcerting that innocently losing internet connection during a battle could mean in-game consequences.