Resident Evil 6 has just become available on PS4. It’s a graphical upgrade that also includes all maps and DLC from the original PS3 version as well as a new “No Mercy” hardcore mode for PC. The title comes in a stream of Resident Evil remasters that we’re very much in the centre of. The games have seen collection editions, remakes, and ports hit shelves over the last few years, with the trend continuing later in 2016.

It’s not just Resident Evil that’s come back from the grave – games have been remastered in their droves in the last few years. Titles have been packed together in special collections, re-released with updates frame rates and graphics, and ported with all the last-gen content included in a remaster revolution. So why is the gaming industry putting so much emphasis on rejuvenating their catalogue?

There are a number of reasons, but the bottom line is the gaming industry survives on the revenue brought in by these titles. Developing games for the technical specifications required by the PS4 and Xbox One is extremely expensive. New IP in particular is a big risk with this money – and money needs investors to take this risk. Here then, we see remasters falling slightly behind sequels in the scale of cost and risk. They are a middle ground that doesn’t require the investment of a standard new AAA title, and also doesn’t involve the risk of a brand new venture. Remasters keep developers going while they’re working on the newer innovations. We’re seeing such a rise in numbers now because of the saturation of the rate of innovation we saw with the release of the PS4 and Xbox One systems. As the technical scope of projects dramatically widened, players got used to an expediated rate of improved technical brilliance in each new title – to the point where players demanded better and better developments past what developers could actually advance on the systems. So, in the time between each big new release, developers have to give players something ‘new’ to enjoy so as to not drop enthusiasm – enter the remaster.

Apart from this financial reality, remasters serve both the industry and the player in many different ways. Publishers can choose titles from their catalogues that held well in the market, and therefore ensure a sure-fire sell when upgraded to the tech of the newer consoles. They also represent a fairly risk-free environment for newbie devs to flex their muscles with new technologies before moving onto the blockbuster releases. 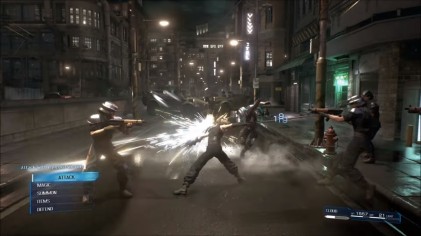 And players don’t get a bad deal from the enterprise either, though many shout from their soap boxes that the end is nigh after witnessing a few rereleases. At the baseline, remasters create a catalogue of games that you may have missed on previous consoles. The Xbox migration, for example, saw many gamers move from Microsoft to Sony after the Xbox One’s announcement – these gamers now have access to all the greats from the PS3 that they simply couldn’t play otherwise. Remasters bring older games to new markets, and gives the diehard fans of said older games a souped up version of their favourite titles ready to utilise all the technologies of today’s consoles. We see console specific features that just weren’t around when some titles were released being incorporated into their remasters. Though Xbox One is now sifting through its catalogue and becoming backwards compatible, that simply wasn’t (and still isn’t for PS4) an option – remasters keep the merits of previous titles fresh in players’ memories of brand loyalty.

Though the original last-gen titles can be picked up for pennies in some cases – the renovated versions cost a considerable amount less than the new releases. The everyday gamer simply can’t afford $60 for every title that comes out – so buying a remaster is both low-cost (they are usually retailing at around $20 – $30) and risk-free (it must have sold well initially or it wouldn’t be given a second round). And this time you get everything included in the game, and more – last year I ran a piece on Grim Fandango Remastered that praised its developer commentary section, for example.

It’s a reality that we all have to either embrace or ignore – video game remasters are here to stay. They are the financial veins of the video game industry that fill in the gaps between big-money releases, and provide players with either new experiences for cheaper, or the same experiences they loved but better.