Red Mount Media is an indie studio based out of Pakistan who have until recently been specialising in short animations and films. Now though, they’ve released their debut virtual reality interactive story on Steam. Deer Man takes players through a snowy American forest, with a simplistic noir art style unique storytelling insight.

Playing as protagonist Jacob’s memory, players will meet an all powerful entity on their routine run through the woods. Visiting his parents in America, Jacob has been inspired by the majestic creatures he finds in these deserted woods, but also by the dark side of their love for nature. The game’s message is one of natural preservation – inspired by The Virunga National Park in Congo, and the park rangers who serve to protect the wildlife within, Deer Man seeks to reconcile man with nature through a fantastical journey through a monochrome world. 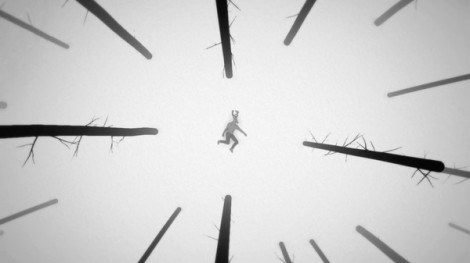 It’s an emotional rollercoaster available on Oculus Rift via Steam for a couple of dollars. It’s been out since April, however is receiving a hefty update that will see Mac and Linux support, achievements and trading cards, and a port to the HTC Vive. Not only that, but fans can get an inside look into the developers’ work by heading over to their website and checking out the tutorials and learning guides they put out into the web for each of their projects.