We all know the barrel roll is actually an aileron roll in terms of aviation, but here are 6 more unknowns from the world of Fox McCloud.

The original Star Fox was Nintendo’s first 3D console game. Thanks to the Super FX coprocessor employed on the SNES pioneer, graphical rendering of polygons brought a more three dimensional feel to the exploration and Arwing battles. Creators Argonaut Games and Nintendo then brought this extra dimension to several SNES games after its success. 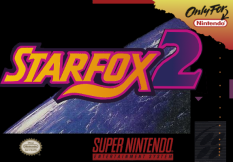 Star Fox 2 was a title in development for Super Nintendo, however despite its completion it was cancelled last minute by Nintendo. The successor to the original would allow players to control any of six available characters while exploring wider environments. The title was showed off at industry events as well as marketed widely by Nintendo. What’s perhaps most surprising is that the game works, and employed a number of then-new features and mechanics. However the execution came because of the success of other 3D consoles on the market – PlayStation success was soaring in Japan up to release, and Nintendo was working on their own N64. The game was canned because it couldn’t stand up to these new 3D technologies on the market, with the PlayStation Nintendo rivalry in full swing, Nintendo would rather focus itself on its contribution to the 3D field than put out a product that wouldn’t hold its own.

There are many stories of inspiration floating around concerning Nintendo’s game catalogue. In terms of Star Fox, inspiration was found to an extent in puppetry, but also the popular Japanese expression ‘fighting like dogs and monkeys’. Designer Takaya Imamura used the expression as a starting point, which explains the set up of canines fighting evil monkeys.

Bayonetta 2 allowed players to don the Fox McCloud costume at various points throughout the game. However if you wear it for the aerial section in Chapter 16, you’ll transform into an Arwing. Here barrel rolls replace the dodge move, and a cutscene shows three more ships flying behind you.

There’s no shortage of easter eggs in and around the Star Fox franchise. Everyone is aware of the secret Black Hole level, however there’s another pretty terrifying level that you’ve probably gone the whole game without even seeing on the map. To access the level, head to the Hard Asteroid Belt and destroy a grey asteroid. Fly into the giant space bird that gets released, and you will find yourself in a bizarre warping and waving world with goonish planets and a giant slot machine to the tune of “When the Saints go Marching In”. Getting three 7s on this machine depends on how the game is feeling, however on completion the level simply stops and you’re stuck in an endless loop of creepy slot machines.

The most recent title, Star Fox Zero already has some secrets being plastered across the web. One such secret level is features Peppy Hare in “Salvadora: Peppy’s Flight”. In this level, every time you perform a barrel-roll, Peppy will shout his favourite words “do a barrel roll!”.