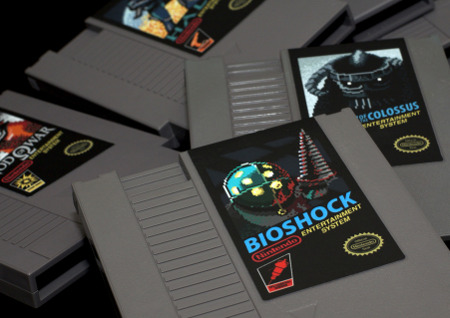 In another NX rumour spawned by the painful silence on Nintendo’s end, it has come to light that the company may be reverting to their glory days and bringing the cartridge back into fashion.

Macronix manufactures Nintendo’s 3DS cartridges, and in a recent publication of their financial statements, it has come to light that they foresee a grand market for the cartridge around March 2017. What a coincidence, then, that Nintendo’s NX console is set for release at that time – it hasn’t taken long for the internet to speculate on Nintendo’s next venture. Macronix’s expectation of a boost in ROM orders around the time of Nintendo’s release turned a few heads in the beginning sentences of the release, but when the NX was specifically mentioned, readers went mad.

“Wu Miin suggested that as Nintendo had just announced it will release a new generation console in March next year, and the console will be launched at the same time in Japan, America and Europe, so ROM’s sales is expected to increase in the latter half of this year, and it will have a large growth potential.”

Above is the passage of the statement referring to the NX, translated by NeoGAF user Jim_Cacher.

In fact, as dated as it may seem on first glance, the idea of the cartridge actually opens quite a few doors for Nintendo. They toyed with the idea of a home-portable console with the Wii U and its dual screens, but never followed through with the innovation. The use of cartridges however, would make this dream a reality. Last year Nintendo filed a patent for a console without a disk drive, further fuelling the rumours. Cartridges also prove much easier and cheaper to manufacture than optical disks, making room for a more powerful console internally. When Nintendo said they weren’t selling NX at a loss, this might have been what they were talking about.

Nevertheless, it’s all speculation at this point. And we know how far the internet will go based on rumour from the leaked photograph fiasco a couple of months ago. It makes a lot of sense for Nintendo to revert to cartridges, though the capacity of the 32GB cart might run them into some problems squaring up to the giants that Sony and Microsoft are producing.

Side Note: The NES cartridges with modern day art in the photo at the top of the post can be purchased from 72Pins online!