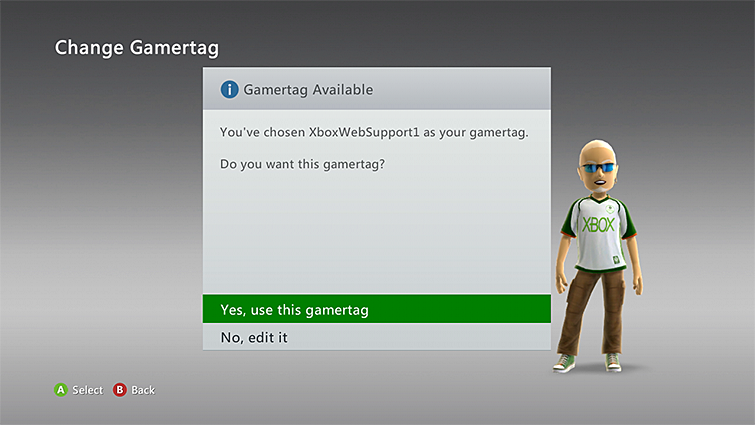 The originality of your gamertag is usually your first port of call when looking to appear dedicated to your console. Those pesky numbers after your nickname push you headfirst into noob zone, as early uptakers revel in their simple tags. However so many tags are left inactive after a user leaves the console or forgets, and this week Microsoft is freeing a million dead tags up to frustrated players like X_merlin_X562_xxX (completely made up but if you’re out there howdy).

Beginning May 18th at 2pm ET all these tags are up for grabs, though Microsoft isn’t releasing a full list of the tags that will now be available. Players will have to begin a long process of trial and error, though don’t stress because Xbox are releasing the tags over a 24 hour period to allow all regions fair game. The archaic tags are from the original Xbox era, with the list being formed of users who didn’t make the jump over to 360.

You can make the change over at xbox.com, or on the Xbox App on Windows 10 or Xbox One console. Note that the event is only open to Xbox Live Gold members with a year’s worth of status under their belts and if you’ve already changed your tag once before for free, there’s a small charge to change it again, why that charge exists I will never know.