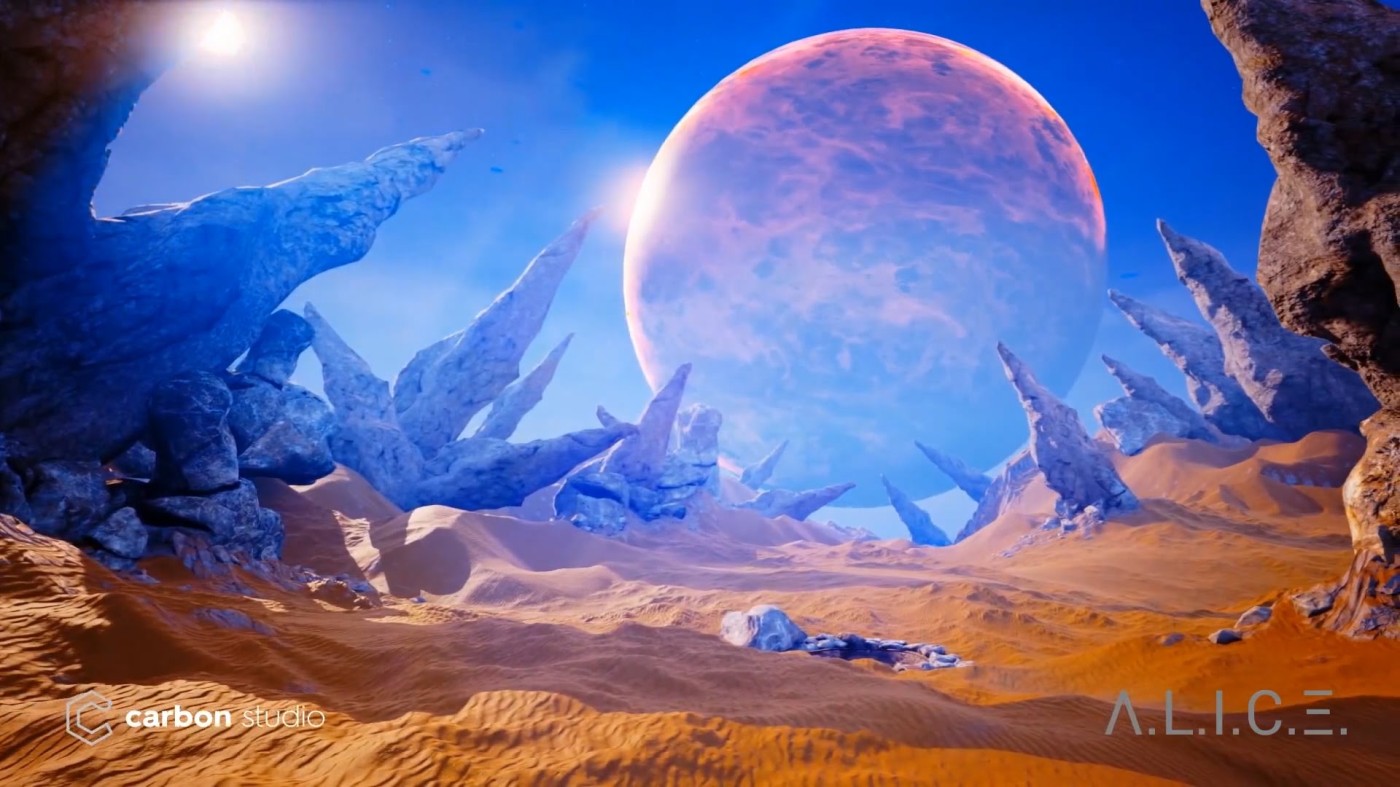 Taking inspiration from the weird and warped world of Alice in Wonderland, Alice VR seeks to place players in a totally new environment and watch as they explore its idiosyncrasies and magic. Described as an “interactive sci-fi journey exploring the power of virtual reality”, the title has been greenlit on Steam and comes from Polish developers Carbon Studio.

Landing on an alien planet after some tricky spaceship failure sees you forced to refuel, however on closer inspection it seems that all inhabitants of this bizarre land have mysteriously disappeared. It’s down to you to solve the puzzles surrounding just what happened on this beautifully rendered, painstakingly detailed planet. The website sports words from Lewis Carroll’s Alice in Wonderland, premising the game with the quote “everything is possible, you just have to know the way”. This is the game’s approach to each puzzle you are introduced to across your journey. Boasting a branching narrative in which different endings are inspired by different paths, this sci-fi VR experience has been built ground up for Oculus Rift in Unreal 4 Engine.

Alice VR is in production for Oculus Rift and HTC Vive headsets, and has been greenlit on Steam.