We’ve had quite a good year for original IP so far. Overwatch was a risk for Blizzard that has paid off in its first few weeks, and though The Division was met with criticism down the line, it was a record breaking release. Now that E3 is just around the corner, and we’re gearing up for some first looks at the rest of the year’s goodies it’s a pertinent time to take a moment and consider the age old debate of the tried and tested franchise instalment against new IP.

No video game is a one-hitter. It’s become industry wide standard to develop sequels for your game whether they’re to boost unsatisfying levels of interest, or to maintain a satisfactory record. That’s in the AAAs at least. With Star Wars Battlefront becoming an annual release now, and yet so many new IPs hitting the market so far this year – there has never been a better time to discuss which is better. 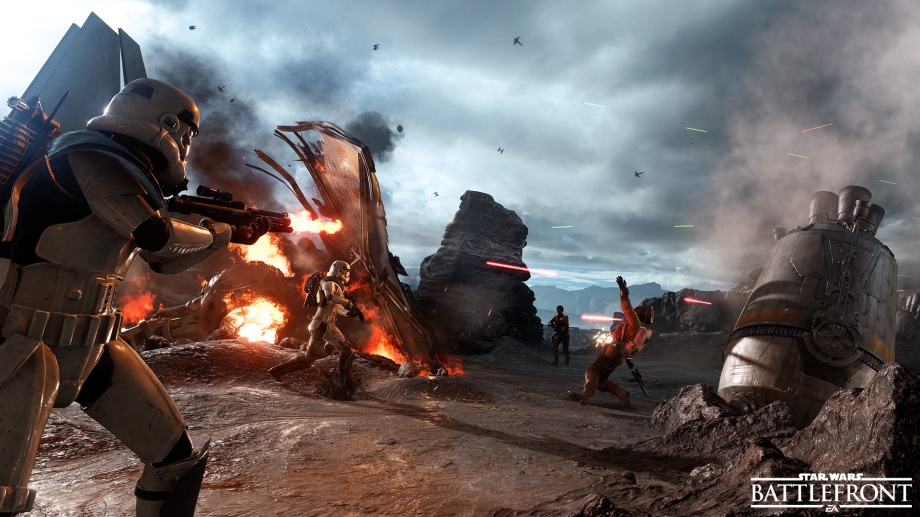 Though it might not actually come down to which is better. Instead, it may very well come down to which is more sustainable for the industry. Indeed, we all recognise and understand that it’s just not economically or physically feasible for companies to produce original game premises for each of their releases. If they did, they’d cost more than the actual console a go. But everyone also knows that companies need to keep adding to the patchwork of the video game shelf with new and exciting ideas to remain fresh and relevant. It’s a fine line to tread, and one trodden with much more confidence than those devoting much of their time to remasters. A sequel is, by definition, a continuation of what the player knows they love. If you played and loved the first three Uncharted games for example, it is highly likely that you’ll fork out the £40 for Uncharted 4. And why shouldn’t you want to – it’s a set of mechanics that you enjoy, with characters that you have connected with over hours of play. With fresh storylines and a few gameplay tweaks, developers can keep you hooked on their titles for as long as their market worth. And that’s not a bad thing when it’s done correctly. Because on the other side of continuation of premise, we have the cash cow mentality. Primarily found in the brains of EA executives, the cash cow mentality drives developers to slog titles out the machine in a handful of cookie cutter varieties, with a familiar face stuck on the cover and a slight contextual shift in which to rerun the original narrative. You could very easily argue that video games are converging more and more with this idea, and I wouldn’t argue back. The fact is the difference between the fresh lick of paint and the cash cow is entirely personal. Granted, there are objective features to look at – no-one can deny that Uncharted 2 was technically, mechanically, and graphically superior to the original and certainly offered new and exciting methods of play – but if you loved an original title, the chances are you will be kind to its sequel. 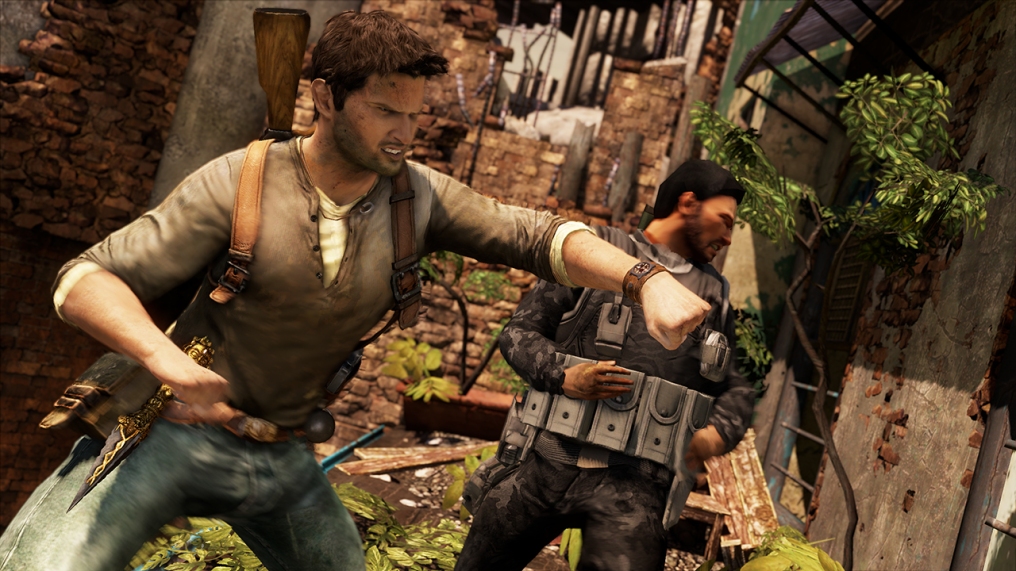 Another distinguishing feature between the ‘good’ types of franchise instalments and EA, is hidden in the Indie umbrella. That is, how many independent studios are sheltered by the funding of the big corporate dog. Because franchise instalments aren’t a risk, and will likely secure a good amount of profit, they are a sure fire way to boost funding for smaller, niche products. I’m not so naive as to say the bosses are throwing coins into the indie street in a philanthropic charity festivity, but the unique, creative content is then able to be born from this foundation. Without the sequels, and also the remakes, we wouldn’t be able to play the new IP. Those who readily use this cash for these smaller, riskier projects are serving the franchise-as-good argument, and those who store it away for their next Fifa marketing strategy are the Scrooges of the industry.

If we take creativity as necessity for a sequel to be successful, it is useful to take a look at spinoffs. Though they often lack of commercial success of the main game sequel, the spinoff is usually the counterpart that seeks to further the game world in a more creative way. We see different story directions being taken, through different manners. A shining example of this is a game I only recently picked up – Escape Dead Island. It sits somewhere between the sequel and the spinoff, owing its existence to a troubling Dead Island 2 development timeline. It’s far from a perfect game – littered with technical flaws and severely limited in animation and voice over work, however Escape Dead Island takes the concept in a completely different direction. The comic-book style third person title takes on not only the backstory behind the end of the events from the first game, but also provides new mechanics, more stealth focus, and a pretty interesting campaign narrative. It turns the entire series on its head, removing all memory of the first person crafting open world bonanza and replacing it with a fresh approach to the idea. Often then, we see that the spinoffs do indeed provide players with this bout of creativity they desire from sequels, and yet do not even compare in terms of sales. If anything, this suggests that player frustration with continuing a pre-existing experience is not as strong as we first believe – players prefer to pay for what they know, rather than take a different route through their beloved franchises.

There is a completely different buzz around new IP though, seen most clearly at expos and events. We thrive on the unknown, the mysterious – that curiosity is often the reason so many of us enjoy these experiences. We enjoy the idea of innovation, and only time will tell if we are not given it regularly because developers don’t believe we’ll snap it up in the same way, or if it is in fact only the idea of innovation that we prescribe to.

An example to argue that we do in fact yearn for something different comes in the form of Watch Dogs. The gaming world pricked its ears at the announcement of the new IP from Ubisoft back in the day – finally, something fresh and shiny to take control of amongst a sea of remasters and sequels. When some players found the overall progression mechanics of the game to be pretty much the same as the rest of Ubisoft’s catalogue though, it turned the review charts in the other direction. People wanted an entirely new game, and weren’t content with new characters with new skills in the same old template. But it all comes down to risk. No AAA developer is going to risk the big money on doing something completely different, so it’s possible that we’ll never get an answer to this actual innovation vs. idea of innovation preference question.

Something has to be quickly said about the games that didn’t receive a sequel. I’m looking at The Evil Within. My question here, then, is does the existence of a sequel (however good it is) detract from the actual original? This survival horror provides us with an excellent case study to test this notion. Created by the same minds behind Resident Evil, The Evil Within takes on a very similar mechanic to its classic ancestor. The Evil Within is praised as a stand alone product – for its storyline, horror, and atmosphere. And yet, the industry is taking a firmly cynical stance against any Resident Evil developments in the present and future. Looking at any video game blogging site, you will find players questioning the possibility of Resident Evil 7 truly delivering a revolutionary experience in 2017, and lamenting the onslaught of remakes we’ve seen over the last year. It seems then, that the power of the Resident Evil franchise has become diluted with its consistent reappearance, and failure to develop on its themes and mechanics. The Evil Within on the other hand remains a ‘fresh’ title, despite its heavy reliance on these exact same mechanics.

All this being said, a yearly release schedule for a franchise often ends in poorly constructed products hitting the market. We saw it with Assassin’s Creed Unity and it’s the main concern behind naysayers of the Star Wars Battlefront franchise. With this in mind then, if a franchise is going to be sustainable, yearly releases are perhaps not the way forward. It is perhaps more useful to consider a release schedule that pays more attention to the landscape of the actual game than the money in the players’ pockets. I’m all for sequels, broadening the horizons of the game world can only be a good thing, but they must happen on their own terms, and not to a contrived schedule. If an idea is good make it, if it isn’t don’t force it into a projected profit goal.