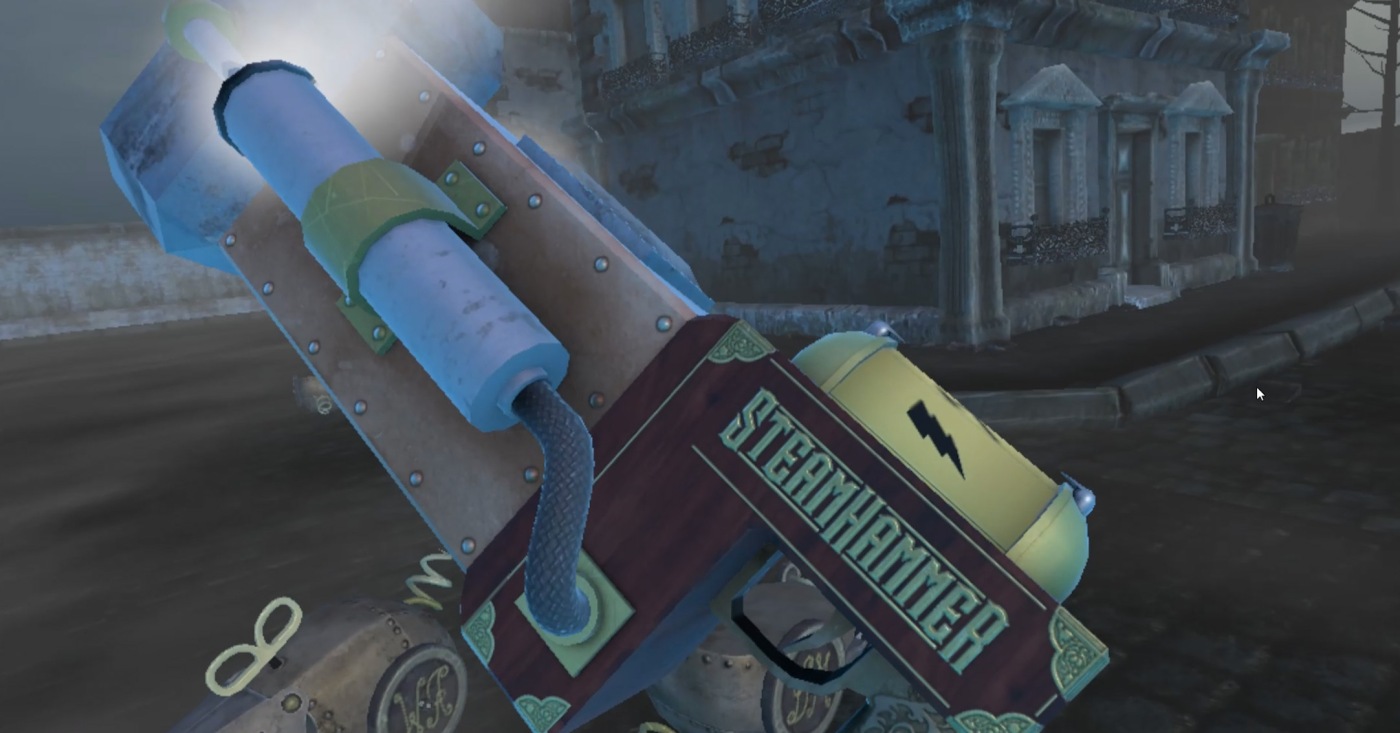 SteamHammerVR is described as a steampunk envisioning of Victorian London which sees you don the Steam Hammer exo-suit in order to defeat Professor Rattwurm and his waves of ever-changing enemies.

Developers Gamestorm VR have launched a Kickstarter page to raise funds for their project that has just been Greenlit on Steam. Seeking £40,000, the project has 10 days to go and at the time of writing has 11 backers. It’s early days, but the devs so far have a storyline, mechanics, weapon system, and combat system that are all sound and exclaim that they are committed to creating “one of the most epic VR experiences of 2016”.

From footage available, we’re able to see that the standard format of gameplay seems to mirror what many VR shooters have done with the technology. However with a commitment to detail, and an emphasis on the exploration of these Victorian London streets, SteamHammerVR looks set to offer a new flavour of what works on VR.

So far, it’s a simple concept – a steam powered hammer that allows you to stamp out your enemies as they swarm you, but from looking at the information it looks like this could be one of those instances where a brilliant experience is born out of good old simplicity. From this weapon concept we have a multitude of offshoot models to upgrade to, such as the Steam Cannon and the Magnet Beam as well as clockwork rats, ravens, and lions to defeat.

SteamHammerVR is scheduled to release a playable demo this month.