The pixel based designs of early video games often bring a tear of nostalgia to the eye of their beholder. Whether you were around the witness them first hand, or you’ve just had a very educational childhood, there’s no denying that the video game industry is in love with the design systems of yore. That wasn’t always the case though. When abstraction was the only possibility, players yearned for more representational graphics, resulting in the eventual demise of the 8-bit and 16-bit dream.

Theorist Wilhelm Worringer asserted that between the two principle aesthetic impulses, abstraction and empathy, empathy will always win out. We want to identify with the characters we are controlling and it’s just easier when their appearance, and their environment, reflects our own. However Mark J.P. Wolf laments the disappearance of the abstract video game design. Arguing that “abstraction represents perhaps the greatest area of potential for the developing video game medium”, Wolf calls developers to arms in his essay Abstraction In The Video Game. However I believe we are beginning to explore this potential, and have already unlocked many new elements of gameplay previously hidden behind this prejudice against the simplistic. And all of this is through indie games.

Players have become disillusioned with the cookie cutter FPS shooters and action adventures with their billion dollar budgets and even higher overheads. In response to this, we’ve seen a reversion back to the good old days, when gameplay was about conveying an experience and just plain fun. Independent developers need lower budgets, have higher room for risk, and more creative control over their products as a whole – perfect for the burgeoning abstract market.

We’ve unlocked potential in understanding conflict, and representing conflict in new ways. Toby Fox’s cult classic Undertale is just scratching the surface of evidence for this. Through the abstract, developers have been given freedom away from the pressure to represent reality in all its technicolour glory.

They can approach timeless game mechanics from less representative viewpoints – Undertale enters ‘Battle Mode’ which sees the player-character reduced to an image of a heart to indicate their soul. During attacks, players are given options to attempt to befriend the monster they’ve encountered, or simply avoid their attacks by way of a bullet hell shooter-esque mechanic.

Fighting back is of course an option as well, however it’s possible to complete every level of this adventure and not harm a single black and white monster. Text is used to describe the creature’s actions as they appear as simplistic renderings above the gameplay space, endearing the imagination to their viewpoint through the ultimately subjective space of language. And people loved it. After it’s release in September 2015, Metacritic had it placed at the third highest rated game of the year for PC.

We’ve unlocked potential for empathy with the characters we are controlling. Wolf posits that “abstraction, then can become an aid to identification, rather than something that alienates”. He quotes comic artist and scholar Scott McCloud who argues that abstract representations of characters become “a vacuum into which our identity and awareness are pulled”. I argue then, that the reproduction of lifelike characters in photorealism actually distances us from identification with that character. We recognise that character as predominantly different to us. If developers are able to portray accurately a tall, white male with a slight beard, dark hair and a lean build, down to minute detail, they’re just building a list of things I can’t relate to. I’m a fairly small, brunette, woman thankfully with no beard – i’d project more of myself onto an 8-bit blur of brunette and green than Nathan Drake. 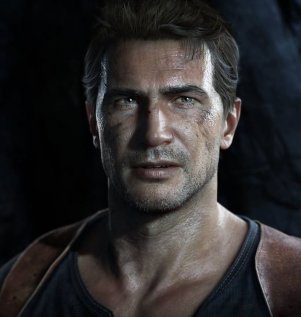 This is where Limbo comes in. The puzzle platformer from Playdead hit Xbox 360 in July 2010 and quickly became the third highest selling game on Xbox Live Arcade that same year, raking in $7.5 million. Limbo is easily recognised by its dark presentation, shadowy protagonist, and film grain effects. The design of this experience is in fact so dark, traps and environmental hazards are often concealed by the fog and fleeting glimpses of your nameless protagonist are a rarity.

It’s this nameless boy that audio artist Martin Stig Andersen was drawn to after seeing the initial trailer, stating that “you have something recognisable and realistic, but at the same time it’s abstract”. What Andersen is saying here is that you recognise yourself in this blank slate of a protagonist and allow yourself to project your own understanding of character and identity because of this abstraction – making for a much deeper gameplay experience.

We’ve unlocked potential for player-developer relationships through the actual retro-inspired presentation that is appearing throughout the indie scene. Aside from the obvious ‘i remember this and so do you’ connection that thrives on in-game references to aged inspirations and cameo appearances from certain artists, musicians, or developers, Hyper Light Drifter has shown us that this connection can also be thematic.

Here we’re looking at the story of Hyper Light Drifter, the 2016 2D action RPG from Heart Machine. Drifter, the protagonist, has access to a long forgotten technology ignored by other inhabitants of the game world. The retro style and lack of spoken dialogue fulfils the developer’s wishes to recreate a SNES-type experience using the tools at his disposal in order to reawaken the mainstream to the power of the pixel. The story then exists in parallel to the form. Drifter can be seen as Preston himself, with the unspecified disease he has been infected with in the game world correlating with the heart disease the developer has suffered.

So in this analogous relationship, we see the developer possessing technologies that have been forgotten by society and working to use them to prevail and awaken his peers – sounds very much like the potential of the long-forgotten pixel art.

We’re deep in the next era of video game development now. Independent production is a major industry force with dedicated, mainstream followings. They’re in a perfect position to bring abstraction back to the forefront and delve into the treasure chest of industry developments they can catalyse. Already we’ve seen innovations in understanding conflict, empathy, and relationships between developer and player result from the uptake of abstraction in video game design, and the future looks 8-bit.

2 thoughts on “How Have Indies Unlocked The Potential of The Abstract Retro Design?”