The opening cut scene initially seems like a 2D hand-drawn cartoon version of the final 3D intro. However after the zoom into Cortex Castle, we’re treated to a different version of events. Cortex is building a cage around a globe of Earth while N.Brio brings various animals into his workshop. These animals are blasted with the Evolvo-Ray turning them into the various bosses the player encounters throughout the game. When Crash is brought into the castle, he escapes multiple times and finally ends up landing on N.Sanity Beach. Several fights and save-the-girl type action ensues before the game finally boots up.

The cutscenes didn’t make the transition from Universal to Sony. Initially created by Universal before Sony was in the picture, Sony scrapped the footage after the license was handed over. American video games were pushing for 3D polygon graphics at the time, and Sony felt that placing a 2D cutscene in a 3D platfomer was a step backwards. That meant most of the footage was destroyed, and Siller claims that very few of the people attached to the project itself knew they existed. 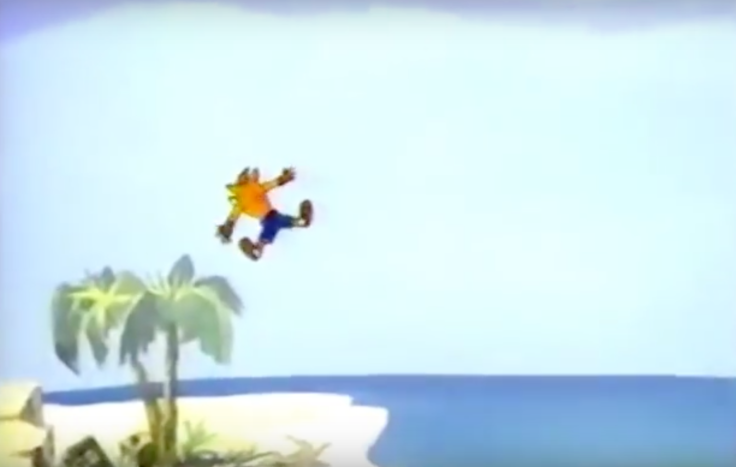 The images had been online for a while before people began to realise what they were. Initially, the public believed the footage to be part of a failed animated series pilot or commercial. Funnily enough, Siller himself later explained that if the cutscenes were successful they would become part of a pitch for such a series.

Possibly the most entertaining part of the footage however, is the theme song. With the final lines ringing true with the lyrics “play our game and tell your friends so we’ll make lots of loot” signalling its finale, Crash Bandicoot’s tongue in cheek nature was obviously evident from the off.