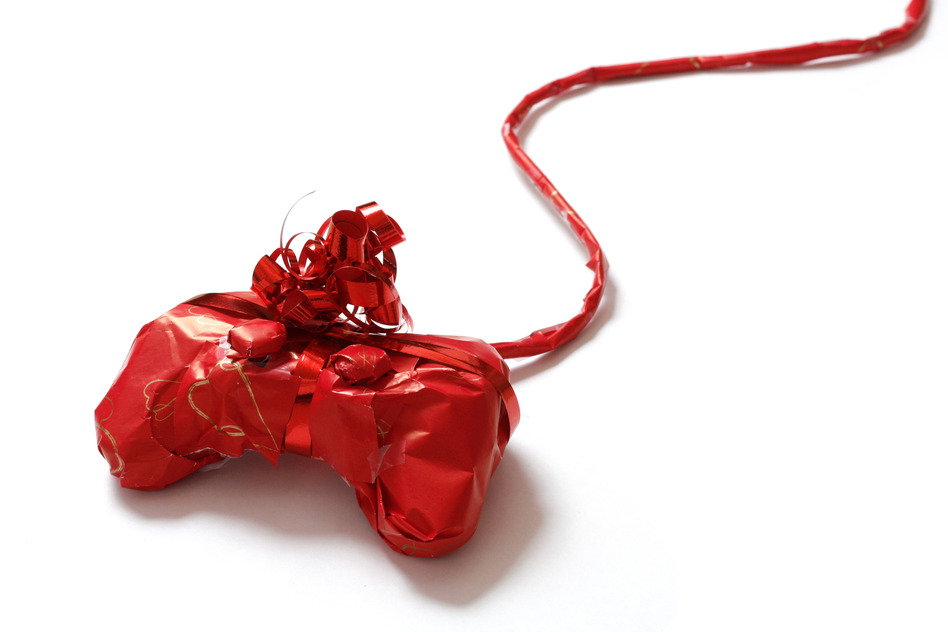 It’s been a great year to be a gamer, though next year’s hardware and software release schedule looks set to be even better. With that view, here are some of the best Christmas gifts to get the gamer in your life (or even treat yourself) this holiday season. As always, we’re steering clear of actual systems and hardware, we figured you already know you can buy a PS4 Pro or an Xbox One (and plus not everyone wants to spend £250 on Greg in Marketing or uncle Steve) – focussing instead on the merchandise and actual titles that are guaranteed to bring a Christmas morning smile. 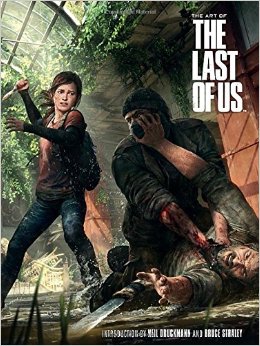 With The Last of Us Part 2 ready to hit next year, and a seasonal reveal this month, there’s no better time to remind your loved ones of just how revolutionary the first title was. It might be an old book, but it’s never been more relevant. With gorgeous art reproductions courtesy of Naughty Dog and printed by the ink Gods Dark Horse, Ellie and Joel have never looked so good on paper. Featuring original concept art exclusive to the official title, and the occasional spoiler for those of you yet to jump on the Last Of Us train, The Art of The Last Of Us provides some eye opening Christmas evening reading.

If you’re as strong a fan of Naughty Dog as we are, you may also be interested in The Art of Naughty Dog (£28, Amazon). This 30 year tour of the studio ranges back from the early days of Crash Bandicoot (a perfect hype for next year’s Crash Bandicoot: The N-Sane Trilogy) right to the Uncharted series featuring concept art, full colour extravaganzas, essays, and inside stories from one of the most influential developers in the world.

Currently only available across the pond, the Retro-Bit Generations is the perfect all in one nostalgia trip perfect for Christmas morning. Parents and kids alike can relive the wonder of unwrapping a 20th century console under the tree this year, and the 90 game strong plug and play is tailored to suit all generations. We featured the console earlier this year in our round up of the best retro plug and plays to hit the market. With the NES Classic selling out worldwide, you can tide your retro fanatic over with the likes of Ghosts ‘n’ Goblins, Hammerin Harry, Bionic Commando and Free Fall. 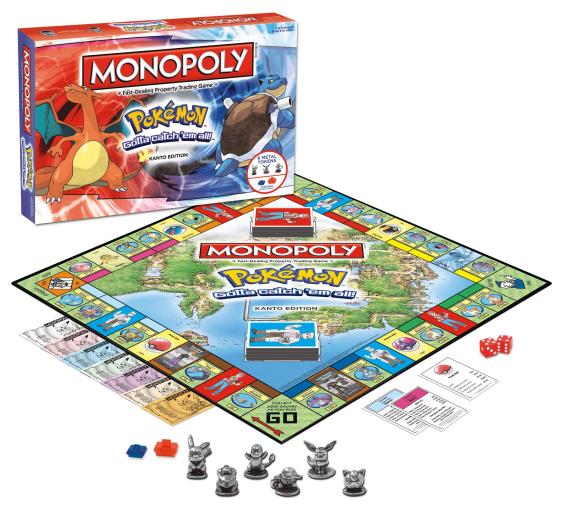 If you’re over traipsing across the real world in the search for rare fuzzy creatures to keep at your side, Pokemon Monopoly offers a way to do it sat right on the couch (unless you want to actually play Pokemon on your couch). It’s amazing how many themed monopoly sets hit retail this time of year, and we often refrain from featuring them in our annual Christmas round up. However, Pokemon Monopoly isn’t simply a straight up monopoly board with a paint job that boosts the price up. Pokemon collection and battles are embedded within your standard monopoly gameplay, making it a must-have for all fanatics out there. Or you could actually maintain your relationship with your family and slink off to your room to play Pokemon Sun or Moon like the good old days.

Hear us out on this one. Titanfall has a massive and dedicated fan-base, with players across the world vying for the top spot in this multiplayer mech shoot up. The introduction of a single player campaign as well as the promise of free future DLC and maps simply wasn’t enough to tempt many in this player base on the game’s release in October however. Many have pointed to the release of both Battlefield 1 and Call of Duty Infinite Warfare as the root cause of Titanfall 2‘s disappointing initial sales. After all, bookending the sequel’s release were two of the biggest games to hit retail this year, from the same company no less. It’s not surprising then, that many gamers felt their wallets and had to make a brave decision at the check out, with Titanfall unfortunately coming up short in most transactions.

This is why Titanfall 2 makes the perfect Christmas gift for anyone with an Xbox One or PS4 console. So many players were avidly waiting for the release, only to find themselves cash strapped in the wake of the massive titles that cast their shadows over what should have been a great time for Respawn Entertainment.

Gone are the days of controller sweat, with SquidGrip’s textured skin for your PS4 controller. Its latex-free antibacterial material will suit everyone tired of slippage and greasy palms, with reviews praising the add on for its durability. The adhesive textures might take a bit of getting used to, but we use them and so far they’ve certainly given us the upper hand in the heat of battle. The low price and peripheral nature makes SquidGrip perfect for stockings or secret santa.

Game audio is greatly becoming one of the biggest unsung heroes of the industry, and what better way to honour the soundtracks of your past with this NES-inspired retro cube bluetooth speaker. It may be small, but don’t confuse its novelty appeal with sub-par sound quality. The cube actually packs quite a powerful punch, and volume capacity isn’t too shoddy either. Featuring the d-pad design of yore and an estimated 8 hours battery life from a single charge, this retro novelty provides great value for your hard earned cash.

This collection of four officially licensed Sony PlayStation games coasters are sure to brighten up a games room this Christmas. Featuring designs from Gran Turismo, PaRappa The Rapper, Wipeout, and Destruction Derby, these wipe clean drink mats adhere to the exact likeness of the original game cover arts. With the sides offering replicas of PS1 boxes, and high quality colour printing, these high quality coasters are a nostalgic blast from the earliest PlayStation days. A wipe clean top and gripped bottom make for perfect coffee table presentation, and will certainly garner a comment or two from game room visitors.