The potential uses for video games in medical fields are boundless. Every year, individuals are developing interactive softwares for use in the health care industry that are on the verge of groundbreaking in their approach to treatment, research, and prevention. And yet the games we see in this ‘serious games’ sector are so far removed from the expectations of the mainstream that the industry rarely mentions its scientific younger sibling. So where did they come from? Why should we be talking about them now, specifically? And how can serious games help other aspects of the health care industry that are suffering, particularly mental health?

Serious games came of an age in the mid-00s, and since then have fallen away from media publicity and shied into their lab coats. The most notable medical titles of this era came in the form of two games that would later pave the way for similar ventures into this untapped area of potential. Re-Mission was designed to aid behavioural change in adolescent cancer patients.

Staging the player as a nanobot that has been sent inside the body of a cancer patient with the task to blast evil cells meant that for the first time, the health care industry was able to give a previously ignored sector of its intake care that they would specifically respond to. It was noted that teenagers who played the game responded with more positivity towards chemotherapy sessions and antibiotics.

The second breakthrough serious game of the 00s bares a narrative we might recognise more. Snow World placed burns victims in a VR headset through which they played a fighting game against snowmen in an arctic setting. Through Snow World, medical professionals were able to practice a combination of distraction and psychological persuasion to ease painful heat sensations. It’s a model that would continue to be used through different applications serving different functions for years to come.

So why talk about all this in 2017? These breakout games of years gone by were sudden but relatively short insights into the potential of video games in the medical profession. Serious games are coming back, however, thanks to a series of structural changes in both the healthcare system and the tech industry.

Whereas previously the healthcare industry ran on a model of treatment within a hospital, professionals are now turning their attention to prevention. This began with prevention within a medical space – regular check ups for a predisposition, or administered medication. However we’ve moved onto a third evolution in the model of health care. Prevention through lifestyle takes the heat off the professionals and encourages the public to take their own health into their own hands, and handsets.

The explosion of fitness wearables, health applications, gamified exercise targets, heart rate monitors, prescription medications, and healthy eating directories have not sprung out of nowhere after all. It’s this push towards an individualistic yet holistic approach to medical care that will support serious games both in and out of the hospital.

With users taking matters into their own hands, applications and games aiming to prevent and ease obesity, heart problems, and addiction are more important than ever. As professionals will their patients to take their own steps toward a full bill of health, the application wills them further while acting as both incentive and instructor. 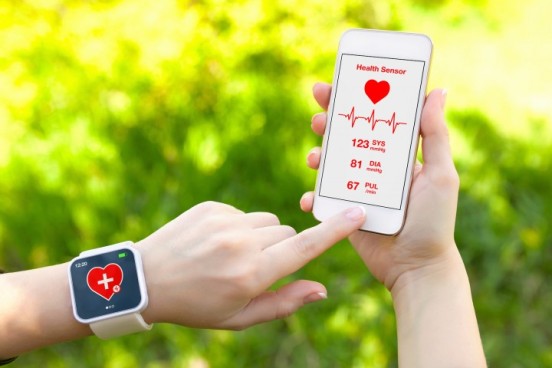 The structure of the video game industry is also paving the way for the prosperity of serious health games. Difficulties in distribution is one of the greatest threats facing medical game developers. However, thanks to massively expanding online platforms, it’s easy now for developers to form their own commercial platforms for the buying and selling of their creations. That’s just what Grendel Games, one of the longest running names in the serious game biz, is aiming to achieve soon. Their game Gryphon Rider is aimed at helping children with cerebral palsy or brain damage through the Xbox Kinect system and is currently the only title to be distributed through a health insurance company. We’ve already seen how Games For Change has prospered as a platform for social change games, so the model is out there and waiting to be applied.

It’s not just patients’ responses to physical health issues that concern the video game industry either. For all the outdated backlash against video games for their bewildering potential for aggression, modern mental health professionals are beginning to recognise the merits that games hold for the treatment of depression among other issues.

Just last month two journals published the findings of two studies into the role gaming can play in easing the symptoms of depression in adults. Depression and Anxiety reported that video games could address the cognitive issues often associated with depression in older adults. The study they published aimed to improve attention and focus in ten adults aged above 60 years old experiencing depression. These adults were given Project: EVO to play for 20 minutes 5 times a week. This could just as easily suggest that any form of treatment is useful in easing the symptoms of depression, or even suggest shortcomings in weekly problem solving therapy sessions. However, a second study published in the Journal of Medical Internet Research took this further. Their sample group consisted of over 600 participants with depression symptoms ranging from mild to moderate. Split into three groups, participants either played Project: EVO or iPST (a problem solving therapy game). A third group used a placebo app which offered users health suggestions. All three groups experienced similar improvements when treating mild symptoms. However when participants with moderate symptoms took part, greater improvement was recognised with iPST and Project: EVO. 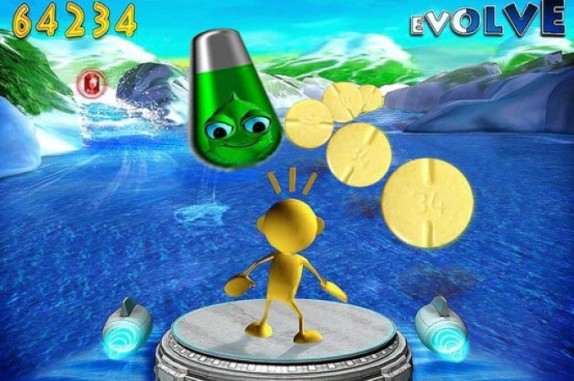 As previously, there are a number of flaws in suggesting conclusive proof of what these studies indicate. The topic itself is incredibly broad and varied, and can rarely be pinned down to such binary results. However, the studies do present games as a viable treatment option for mental health, and if anything represent that time spent playing through an entertaining experience can be just as helpful as sitting through a therapy session.

Video games can even save time in data collection as well as reducing biases in research that occur when sample sizes are small. Sea Hero Quest represents a groundbreaking approach to data collection and has already led to an earlier diagnosis bracket of dementia. The application is a free mobile game in which players answer simple demographic questions through their gameplay. This has generated years’ worth of rich data that would have been impossibly time consuming if completed traditionally. 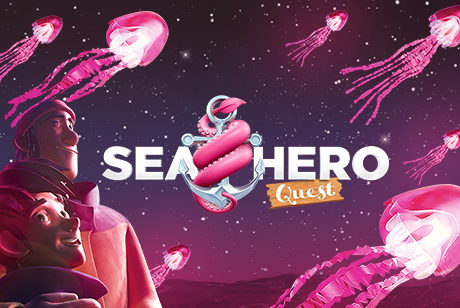 While the use of video games for medical treatments certainly still has a long way to go before widespread implementation, there’s no denying they represent a wide variety of advantages. VR can be tracked and adapted according to the user’s limitations, recorded data, or goals making it an extremely dynamic and effective tool for a wide range of research and treatment areas. Training costs can also be cut with the use of virtual environments that responsively adapt to the actions of the user as well as teaching in themselves. Paediatric medicine can benefit from experiences tailored to the children it aims to put at ease by creating treatment or distraction softwares to ease illness as well as anxieties surrounding the illness.