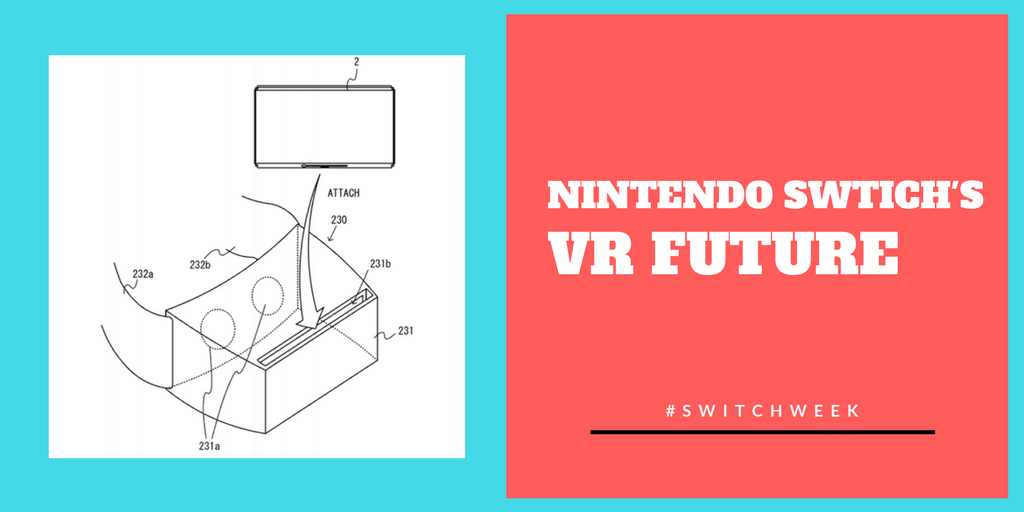 Nintendo have essentially designed the Switch so they can comfortably sit back and see if VR thrives while raking the profits in either way.

I’m of the opinion that the Nintendo Switch was designed with VR firmly in mind. They can deny it as much as they like, but everything about the console’s design screams ‘we’re keeping our options open’. From the pair of Joy-Con controllers sitting comfortably in the hands of players, to the tablet size screen that can function nicely in a headset contraption, the Switch will function as a console in its own right but can be transformed into a VR powerhouse should the tech succeed.

It’s Nintendo, this company was built around the interactive play model that VR represents. I simply can’t believe that they wouldn’t want to jump straight in.

It was all looking that way for a while though.

“Based on what i’ve seen to date, it’s not fun, and it’s not social”

Essentially suggesting that VR was not social enough to warrant Nintendo’s research, Fils-Aime’s words were reason enough for the company’s VR silence. That was until December 2016.

Late last year, the US Patent and Trademark Office published a number of patents that attributed Nintendo to blueprints of a VR headset.

The headset allowed for the tablet system of the Switch to be inserted into user’s field of vision, ideas in keeping with standard mobile forms of VR already on the market. At this point it was unclear whether Nintendo were planning on making a grand VR entrance after all, or if they were simply covering their backs.

In January 2017, known tipster Liam Robertson tweeted that Nintendo had a number of VR headset prototypes kicking around the office, and consumers’ suspicions were confirmed when Tatsumi Kimishima told Nikkei that the console will support VR “in one form or another” at the beginning of February. It’s apparently all resting on whether Nintendo can create a headset that promotes comfort while exploiting the full potential of the Switch, and the statement represents a full 180 on original standpoints from years gone by.

The industry giants have known that VR was going to try and make it back long before we ever heard of Oculus Rift. If Nintendo Switch has been developed with this play style completely out the window, it’s a marvel it’s so VR ready at launch. It’s a brilliant design when you really think about the potential the Switch holds. If VR takes off, Nintendo already have a console more than ready to be tacked into a headset. If it dwindles into the obscurity of high price tags and low content, the Switch isn’t riding on anything to survive. Nintendo have essentially designed the Switch so they can comfortably sit back and see if VR thrives while raking the profits in either way.