AKA: You can’t call a game out for being hyped and then shout down another when pre-release review scores come in

As Mass Effect: Andromeda‘s release date is drawing nearer (21st March for those who have been too caught up in the whole facial animation business), it’s surprising to hear that the Collector’s Edition is still up for sale. Normally you’d expect collectable bundles such as this to be sold out within a few weeks of being available, however there’s still time to bag yourself a Nomad ND1 Model with your copy of the game.

The model features a “sturdy diecast metal body and a fully detailed interior”, control panel and all. It’s an accurate 1:18 scale replica that fans of the series would love, and yet it’s a surprise it’s still available. With many gaming media outlets labelling Andromeda ‘dead in the water’, and reviews coming back average, this lack of consumer interest might be indicative of a less than enthusiastic market.

That being said, Mass Effect: Andromeda was a huge deal at announcement, garnering widespread praise that easily drowned out the cynicism. I’d urge anyone who is following the release of the game to react to these comments and review scores as they would if it was in the other direction. If this title was being overly hyped, we’d be frowning and waiting for the player masses to have their say, so why not keep that subjectivity in considering Mass Effect‘s dodgy release run up. 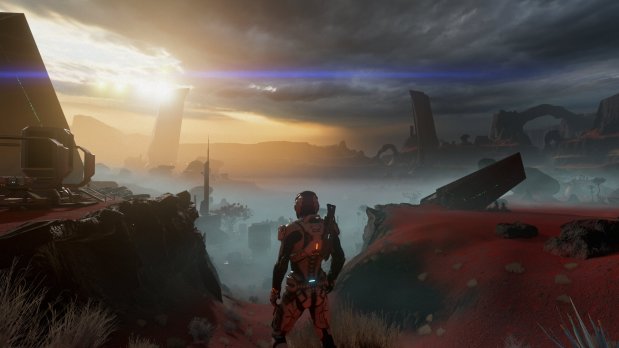 That’s not to say we should ignore the reviews themselves, there’s obviously something holding the title back across the media landscape and we read these write ups to garner an understanding of the state of play. Pre-release reviews, however, pose a different story, especially when they’re reduced to a score out of 5 and dominated on organic Google search results by about 7 websites.

This post is, in many ways, an open question – i’m not exactly sure myself how much faith we should place in pre-release reviews themselves. On the one hand they’ve been written by industry professionals who have developed an eye for a good game that players will enjoy (or the good ones have anyway), but on the other hand it feels precarious to have a game defined before it’s even out in the wild yet.

We’d love to hear what you think, how much faith should we place in pre-release scores? Will you be buying Mass Effect: Andromeda?

Note to self: Write post on why review scores are redundant and dangerous

3 thoughts on “A Word On Mass Effect: Andromeda’s Pre-Release Reviews”