Farpoint has been the poster child title for the newly released PSVR Aim controller, however there’s a whole roster of titles with expected and existing compatibility with the new gun peripheral. Currently the controller is being packaged with Farpoint itself, as well as being sold separately, but don’t get too comfortable because there’s several other confirmed titles that will be using it. 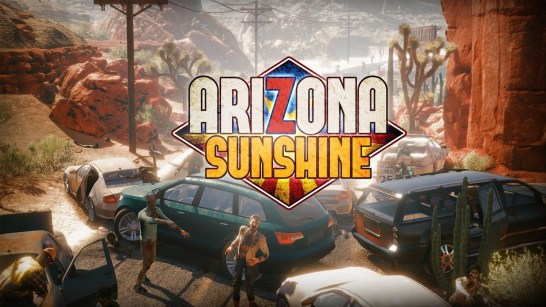 On its June release, zombie first person shooter Arizona Sunshine will support the Aim Controller as soon as it hits shelves. The title has seen incredible support on its Rift and Vive releases, however concerns are arising from PSVR’s limited tracking ability in the face of such PC rivals. The 360 degree wave shooter supports a recently compiled control mode that will allow for the Aim Controller while retaining the original potential for gamepad and Move stick configuration.

From Phosphor Games comes The Brookhaven Experiment, an apocalyptic survival shooter. With full immersion at the heart of developers’ instincts, they jumped at the chance to integrate the new Aim controller. Though slightly missing their goal to become the first title to use the peripheral, The Brookhaven Experiment has proven its worth in the PC market and is likely to make good use of the immersive weapon peripheral..

ROM has taken quite a few steps from its Move controller PS4 origins. Moving first to PSVR with its unique orb grenade and time slowing mechanics, the game has been completely refigured recently for PSVR Aim Controller support. With a launch, slow, shoot motto, the use of the Aim controller looks like it might just fit in perfectly.

Recently announced as an Aim Controller release title, Dick Wilde has put its support back a few weeks. Taking players to Mississipi’s back and beyond on what appears to be a terrifying pest control job, Dick Wilde throws a number of extravagant weapons at you and faces off against alligators, crocodiles, and piranhas.

The PS VR Aim controller might just be the nudge Sony’s VR system needs to get it up and running again. While enjoying a pandemonium of success in its initial months, support and sales have seamingly withered in the face of Rift and Vive’s Steam functionality. Until these platforms get their own immersive weapon peripherals, this leg up will definitely keep Sony in the running until E3.

One thought on “Every Game Compatible With PSVR Aim Controller”