What is wumpa fruit? What happened to Crash’s initial love interest Tawna? What’s that thing in N.Gin’s head? Despite maintaining two decades of Crash Bandicoot love, these are just some of the questions many of us have lingering in the back of our minds as we crank up Crash Bandicoot N.Sane Trilogy. Well wonder no more, wumpa seekers because the answers are before you. 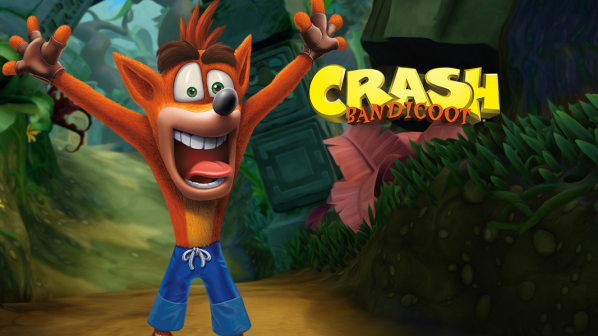 1. Just Where Did Tawna Go

Our first introduction to the bamboozling juggernaut that is Crash Bandicoot saw his daring escape from the evil lair of Neo Cortex without the missus in tow. After abandoning her to the giant blue beam of… something… our hero contemplates the trouble he’ll be in when he gets home to dinner and decides to pursue his girlfriend. Reunited by the end, good old Crash won’t be sleeping on the couch and the two live happily ever after. 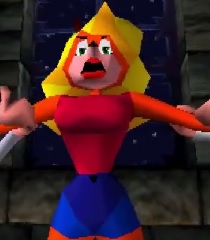 Until the second game, when Tawna silently steps out of the picture. The relationship breakdown is explained in the Japanese manual of Crash Bandicoot 2: Cortex Strikes Back which drops the damning nugget of gossip that Tawna has since run off with none other than machine gun-toting Pinstripe Potoroo. Crash doesn’t seem to cut up about it though, considering he smashed, leapt, and spun his way through level after level of a journey right up to Cortex’s front door to save her. 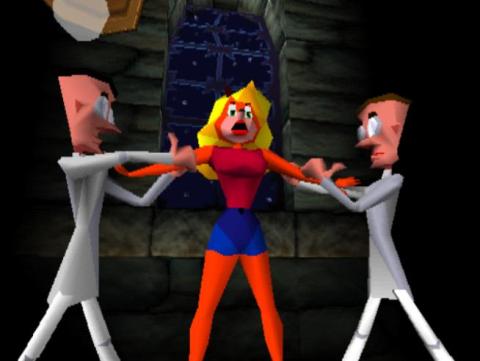 The boring explanation lies with Sony themselves, who considered Tawna too raunchy for their cartoon.

Ah, the question that plagued my father throughout my childhood years of Crash Bandicoot. Thanks to the internet I no longer have to interrogate my Dad after every Crash session, and can tell all you lovely people so that you a) don’t have to ask your fathers and b) can finally tell your kids.

Developer Dave Baggett sort of settled the age old question online when he relented that wumpa fruits do indeed “taste like apples”.

You’ve been staring at his peachy bum for years now, but have you ever stopped to think about that portion of Crash Bandicoot’s body below his face and above his chest? Yeah that doesn’t exist. 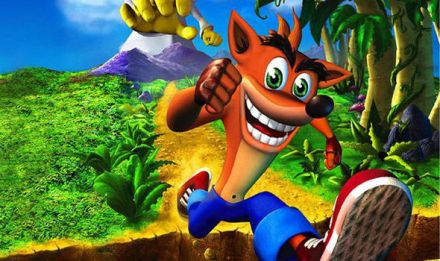 It’s not just those glorious vertex polygonal graphics that squished Crash’s head into his body, recent remaster Crash Bandicoot N.Sane Trilogy has just as little neckroom as its original. It seems that Naughty Dog didn’t feel it justifiable to devote so much precious screen space to our titular hero’s neck. Back in the days of squat aspect ratios and limited processing power, it just wasn’t worth it to have Crash’s neck bobbling around the place. Think of all the crates you might have missed behind that marsupial adams apple.

Instead of a neck, we got a larger face with extra room for all those goofy expressions and lofty eyebrow twitches.

5. What Does Aku Aku Even Mean?

Crash Bandicoot’s got some pretty decent names overall – well, good enough for the world of science who actually named a new species of Bandicoot after our plush orange hero. Aku Aku, however, is a conundrum. The witch doctor mask saves Crash’s blue shorts from any faulty spins or simple enemy collisions, however he was actually named after a Polynesian restaurant the Naughty Dog team visited in Boston. With a giant tiki statue sitting out front, the team decided to dedicate their in-game helping hand to the questionable eatery they fell in love with.

5. Why Does N.Gin Have A Missile In His Head?

We get it, there’s loads of dangerous items in the Crash Bandicoot world. That doesn’t mean it’s perfectly acceptable to never explain why Cortex’s trusty assistant from the second game on has a full on missile crisis occuring in his temple. Thankfully, Naughty Dog are respectable citizens and have explained that N.Gin’s missile experiment went a bit pear shaped in the lab and left its mark.

As a result, this pokey eyed pal is prone to random fits of psychotic rage and intense headaches. Which you can empathise with if you’ve ever been stuck on Slippery Climb for more than an hour. This little character detail was added due to creator Jason Rubin’s own chronic migraine issues.

One thought on “5 Things You Always Wondered About Crash Bandicoot: Explained!”