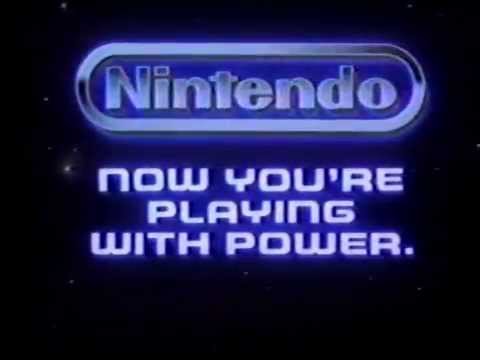 Between E3 and Christmas we tend to see an onslaught of video game advertisements. The sleek, empowering shots of mid-action characters and expansive worlds, however, were not always the norm when you open up that double page magazine spread. Retro gaming ads are some of the most hilarious and confusing historical documents of the industry. It’s safe to say you definitely wouldn’t get away with half of this stuff now! 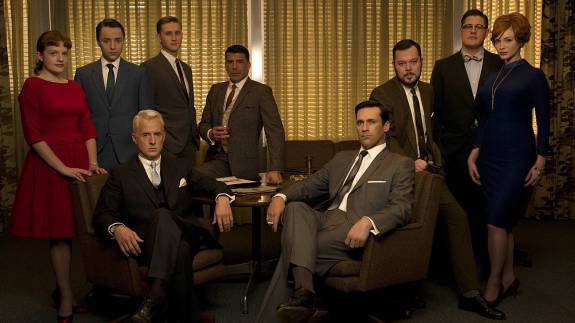 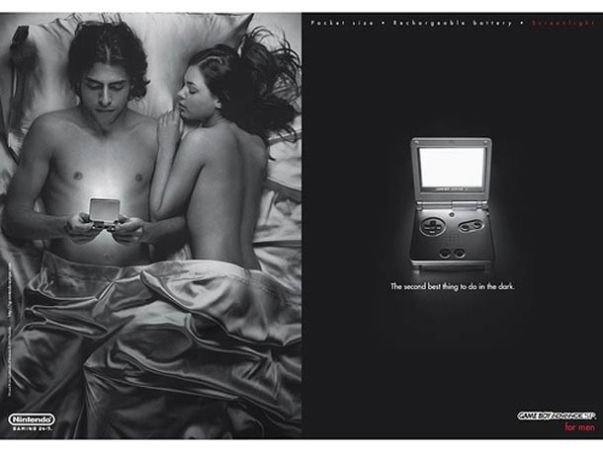 “The second best thing to do in the dark”… it’s brilliant. I’ll always remember my friend Jack had a Gameboy Advance SP and was able to play it at night while I was stuck with my lowly silver classic model. That sweet memory has now been irrevocably tainted. 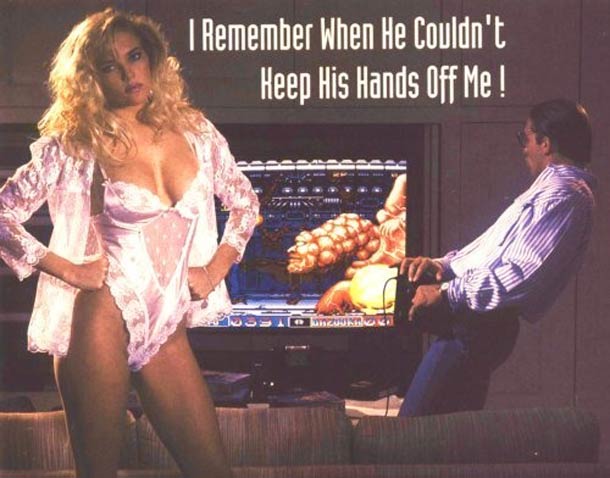 So we’re going to establish very quickly that a lot of these retro gaming ads are about sex. Sex sells. Sex sells video games even better, apparently. Nevertheless, what’s particularly entertaining about this sample is the rather horrifying phallic monster bubbling away on the TV screen. Just let that image burn into your mind for a little bit and then come join me in the convent. 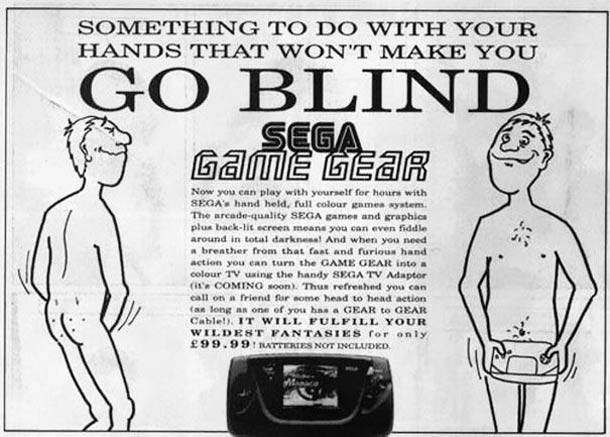 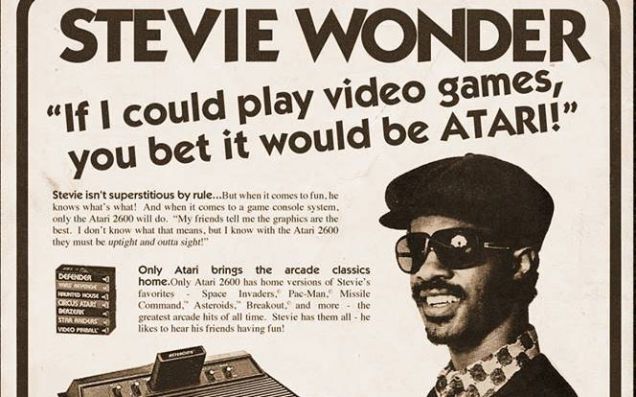 I’m just really struggling to understand the thought process behind this particular retro gaming ad. I mean, of all the celebrities to throw on an ad, Stevie Wonder doesn’t exactly leap out… for obvious reasons. It’s all a little contrived, and unsettling – “Stevie has them all – he likes to hear his friends having fun”. 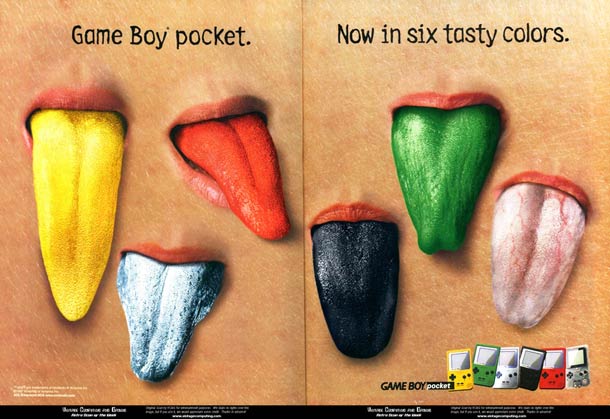 Are you supposed to lick a Game Boy pocket? I knew a kid at school who licked pretty much everything, but I’m sure they weren’t just targeting him with this ad. 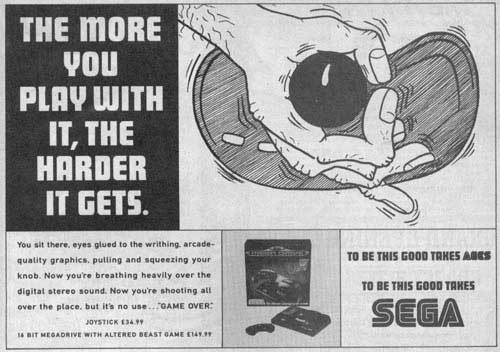 I think the body text is actually a lot funnier than the headline of this retro gaming ad. I tip of the hat (I said hat guys, stop snickering) to whoever penned this masterpiece. 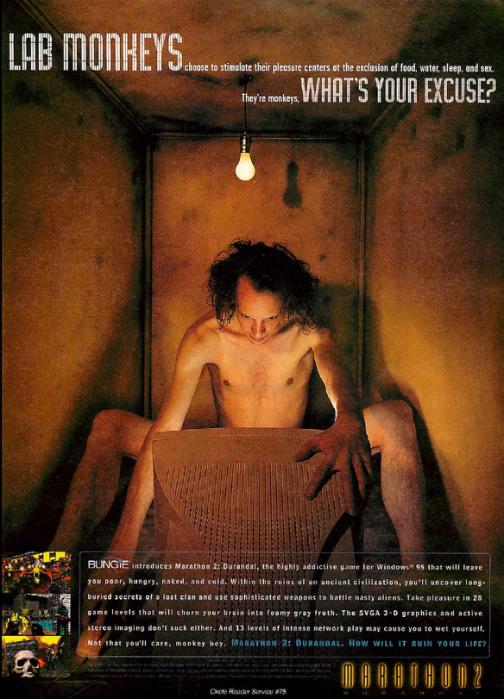 Keep It In Your Jeans 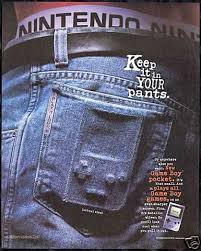 I’m pretty sure this ad sold more Nintendo pants than it did consoles. 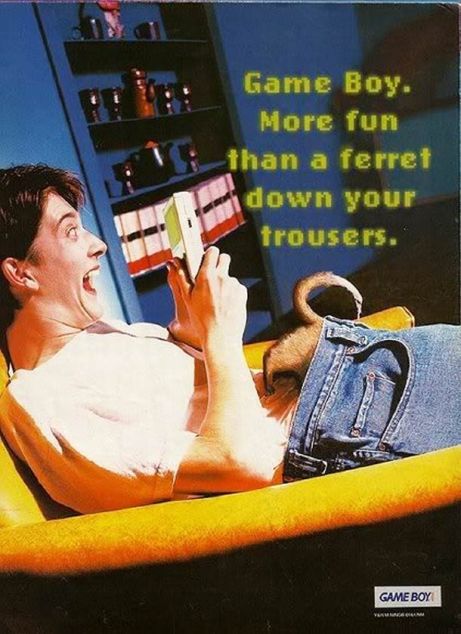 I’m Sure We All Noticed… 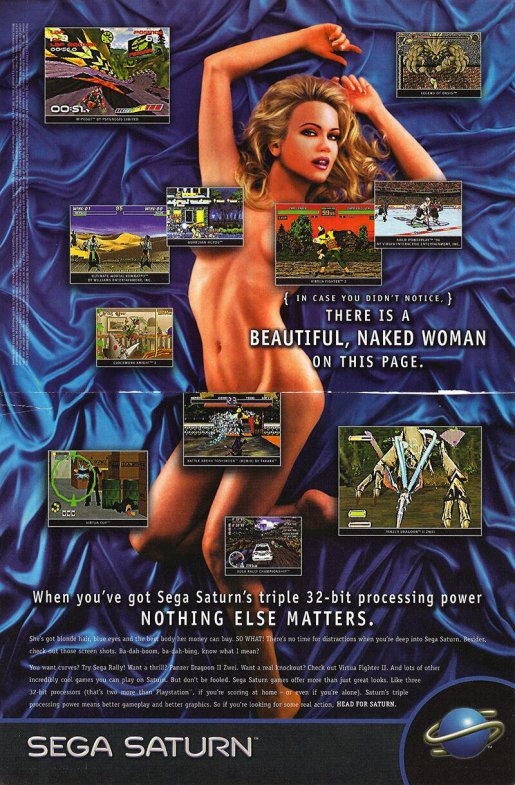