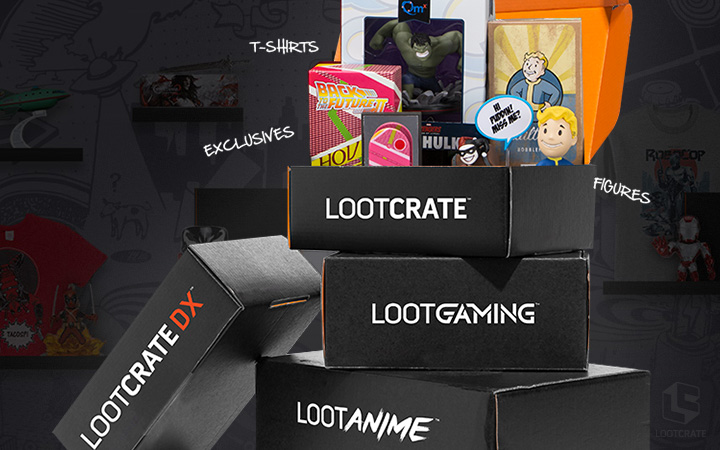 Nerd Block’s site has been conspicuously down for the past few weeks, 1Up Box has put its prices up, and gaming subscription box giant Loot Crate is losing voices with each delivery it makes. This time two years ago, these monthly deliveries of gamey, geeky goodness were firing on all cylinders. In 2017, they’re losing steam at an alarming rate.

The concept still stands tall. Pay between $20 and $40 a month and receive a curated collection of surprise merchandise delivered straight to your door. At their height, geek and gaming subscription boxes were taking over YouTube unboxings and a handful of blogging communities, inspiring intense excitement and loyal followers. Then something happened that only a small number of enterprises can withstand. They got too big, too fast.

Loot Crate began shipping their monthly boxes of a selection of geeky items to a small following in 2012. Marketed as a ‘comic-con in a box’, Loot Crate was a high-value for money, entertaining, exclusive club of collectable seekers with a spare $10. The gamble was, 9/10 times, well worth it.

Competitors soon pop up, the most noticeable of them being Nerd Block, who are quick to introduce their gaming-focused crate, Arcade Block, into the mix. In my opinion, Arcade Block, though a little more expensive than Loot Crate, was of higher value. They killed it in their boxes. High quality, original t-shirts from ShirtPunch, exclusive items that I’d never think to pick up for myself but still stand proudly on my shelf today, and above all a good sized crate of around 7-8 items. I was first introduced to gaming subscription boxes during my year living in America, I can’t say it’s something I’ve actively pursued back here in England – it’s just too difficult to find one with good enough value for money. That wasn’t the case with the US back then, though. Now it is.

Loot Crate’s quality has plummeted since they received high profile funding in 2016. Following a huge spike in custom, as well as an expansion into the lucrative gaming merchandise and comic book markets, Loot Crate began to scrimp on their boxes. Gone were the Pop vinyl figure, t-shirt, and a handful of exclusive items crates. Instead, fans were increasingly disappointed with the lacklustre offerings turning up at their door every month.

Then Loot Crate made a decision that would undercut everything their enterprise was founded on, and one that would render their products redundant in my opinion. They opened a Loot Vault store on their website.

The Loot Vault store essentially allows users to pick up leftover stock for insanely cheap prices. Anything they’ve over-ordered or find an extra box of goes straight on the Loot Vault, where you can purchase individual items from past Loot Crate boxes for a couple of dollars. The move has prompted a wave of disgruntled users to give up on the monthly lottery of the crate, and instead simply spend the $3 on the item they actually wanted from the month’s gifts.

I don’t know what the future holds for gaming subscription boxes. Certainly, in the exodus from Loot Crate and Nerd Block’s market absence, other boxes have begun to rise the ranks, but as more and more people purchase their products are they, too, going to see the numbers begin to crumble? Let me know what you think, have you ever been a subscriber to these merchandise crates? What do you think of Loot Crate’s offerings at the moment?

3 thoughts on “Loot Crate Sealed Their Fate With Loot Vault: The Rise And Fall Of A Subscription Box”