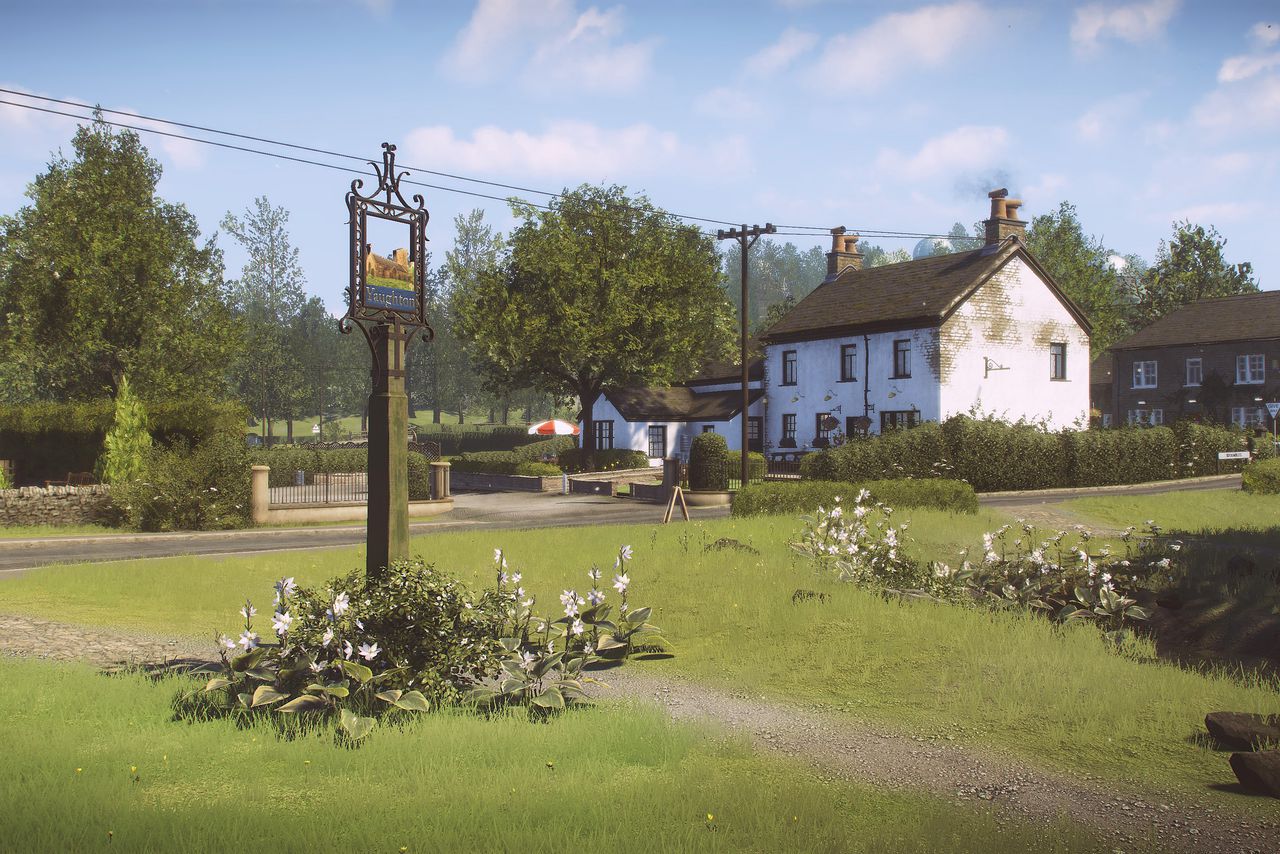 Kate Collins’ mutterings in Everybody’s Gone To The Rapture are seldom enlightening. Yet, the protagonist’s comments on “the necessity of presence born from absence” highlight a fundamental examination at play in one of The Chinese Room’s most celebrated games. In an experience ruled by absence, how is the perception of the unseen explored in Everybody’s Gone To The Rapture? 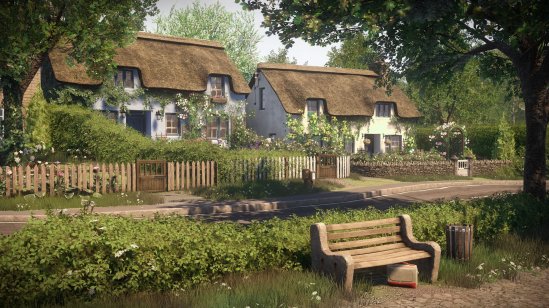 Everybody’s Gone To The Rapture has a distinct feel of existing as a museum. A faux-existence in which one is privy to the mundane everyday lives of a small village only through the littering of items left behind. The lives of the previous inhabitants of Yaughton, a fictional village based in Shropshire, are entwined with the physical objects they leave strewn around their homes, the notes scrawled on pub chalkboards, the bird watching books sitting next to unfinished cups of tea in kitchens. An experiment of sorts is at work here, and as Jordan Erica Webber and Daniel Griliopoulos have proven in Ten Things Video Games Can Teach Us: (About Life, Philosophy and Everything) video games serve as excellent playgrounds for thought experiments. Moreover, The Chinese Room present an exploration of the notion of absence through the physical objects that denote such a form of existence. In Everybody’s Gone To The Rapture, absence is just that; a form of existence. We have a golden light creating abstract reconstructions of conversations, auras of villagers. I argue that this guiding light, the origins and meanings of being commonly debated, is a visual metaphor for the perceptive basis of seeing the unseen, as informed by Anna Farennikova’s meditations on “Seeing Absence”. 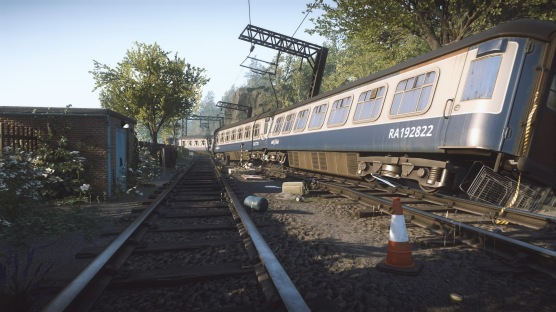 There is an essential paradox with the existence of absence that is neatly paraphrased in an example by Farennikova herself;

“Imagine an ordinary cafe table: dark, with a slightly scratched surface. Then imagine how the table would look had your computer been stolen from it. These experiences seem visually indistinguishable”

And yet we all know that there is a contextual signifier for perceiving absence – had we known the laptop was there before, we could recognise its absence.

Everybody’s Gone To The Rapture uses this same logic to emphasise the existence of its characters while simultaneously highlighting their absence. Farenniokva’s essay aims to place the perception of absence firmly in the realm of the sensory, rather than that of the cognitive. The so-called ‘Cognitive Account’ of the ability to ‘see absence’ is formed through a recognition of absence based in judgment and reason. According to a cognitive understanding of absence, as soon as an absence is noted, a new belief is formed. The laptop must have been stolen, as it is gone from the table. 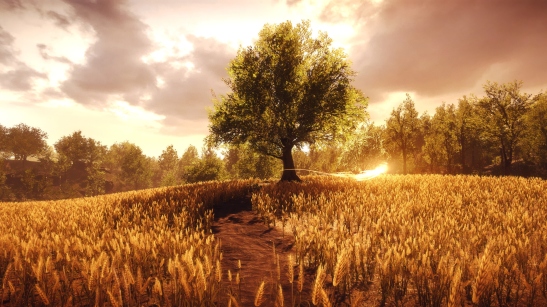 However, Everybody’s Gone To The Rapture firmly dissuades any player who seeks to find reason in its inhabitants’ absence. The very meaning of this ‘rapture’ remains debated past the ending of the game. Scientist Kate Collins is unable to determine the cause of the disappearances, and the forgotten radio signals picked up by the player do little to demonstrate whether this is a scientific or spiritual event. There is no definitive reason for the positive object (the inhabitants of the village) to have been removed, we never learn how they were removed, or what these characters looked like. There is no positive object to compare the absence to in order to form a cognitive understanding of absence. We have no memory of the laptop being on the table as we never saw it for ourselves, therefore we do not perceive its absence in the same way, if at all. And yet, we know something is missing in Everybody’s Gone To The Rapture. The absence of the townsfolk is felt with every (itchingly slow) footstep or opening of a stranger’s front door. Not only do we not have sufficient information to build a cognitive belief as to why the village is devoid of human life, but we also do not have access to memory of the village before this absence. It follows this argument, then, that in Everybody’s Gone To The Rapture, absence rests in sensory perception, rather than cognitive reasoning. 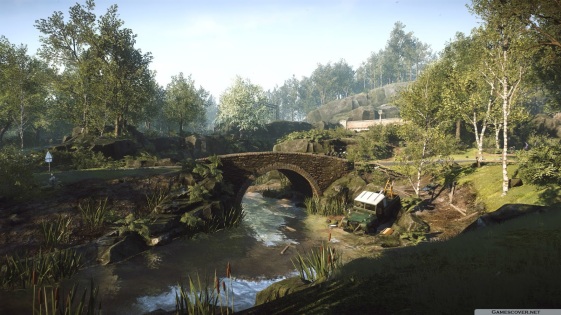 Anna Farennikova’s model of ‘seeing absence’ places emphasis on the mismatch of expectation and reality. In this model, we will see absence when we project a visual expectation and do not receive the correct, corresponding sensory input. We have an image of the laptop in our heads, whether we have seen it on the table or not already, which we then project. If reality does not provide us with a corresponding perception, we see absence. This model accounts for our inability to see what the inhabitants of Yaughton actually look like, and yet still recognise their absence. We project a visual expectation onto the game world and the little town refuses to align with our supposition.

In doing so, Everybody’s Gone To The Rapture creates a powerful emotional experience guided by our own perceptive instincts. The inhabitants of Yaughton are perhaps even more present than our wondering protagonist. To put it crudely, the game’s title could easily have been flipped – nobody is in the village, for example. Yet instead the first time we meet the title we are immediately directed to focus on the positive object rather than its absence. With the game’s title placing emphasis on the existence of the inhabitants, rather than the absence of them, and the heavy guiding towards physical reminders of the lives once lead in the town, our expectations of inhabitants have been fully set up in order to better demonstrate their absence. 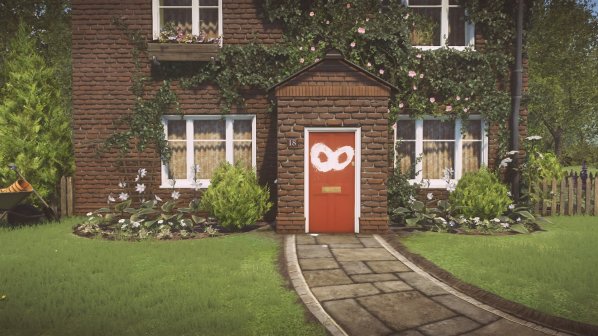 Another element of absence perception that bears mentioning in our discussion of the role of absence on presence is the understanding of absence in relation to positive objects. One can only relate an absence of an object to its remaining objects. The image of a laptop on a table becomes a table without a laptop once the absence has been noted. In the same way, we can see developers The Chinese Room drawing more attention to the absence of the village inhabitants through the positive objects remaining in their wake – those scrawled messages and unfinished cups of tea. It’s a remarkable design achievement that revels in subtlety and minute detail, ultimately achieving an organic sense of unease and highlighted recognition of absence in the player.

It’s this organic understanding of Everybody’s Gone To The Rapture’s philosophical standpoint that stands testament to the video game’s ability to tap heavily nuanced concepts and express them with clarity. While this is a scant examination of the visual, sensory aspects of this unique position of the video game, it’s easy to see the potential for similar experiences to drive deeper, more personal connections to abstract topics and philosophical understanding.