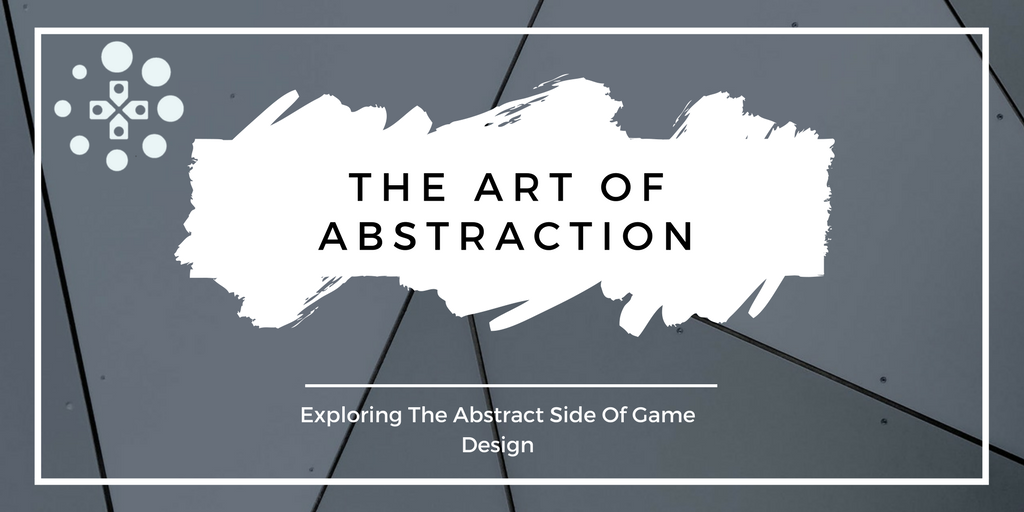 To say a particular video game is abstract can be a pretty weighty conclusion to come to. For years now our industry has relied on photorealistic graphics to win out marketing battles and claw punters in. Through the years of brown and grey to the lens flares of yore, video game graphics have gone from pixelated concepts of objects to uncanny valley micro-emotions. But what would have happened if photorealism didn’t win out? What would have happened if game developers didn’t rally together to breathe realistic life into every screenshot or E3 demo? If the video game industry developed in such a way as that realism on our screens wasn’t the be-all and end-all of marketing a play experience, would it be a lot easier to praise the art of abstraction in 2018?

These are some of the questions I’ve been asking myself every since playing through That Dragon, Cancer and being shocked at the tears leaking from my face in a dark dorm room at 4am. For me, That Dragon, Cancer represents everything abstraction can offer the video game landscape, and there’s a lot.

Take, for example, the overwhelmingly underrated desktop game Lim. Submitted by Merritt Kopas to the Game For Change foundation website, this free 2012 desktop experience offers “the violence of blending in”. It is, simply, a screen filled with squares, which change colour according to your own. Should your colour be incompatible with the colours of the squares around you they will begin to chase you away, leaving you rushing for the next course of squares which will accept you. It’s a simple concept, executed in the most minimalist of graphical scenarios and yet it’s deeply effective in conveying its message. The fear of being an outsider, the struggle of navigating a world based on the binaries of difference where that very difference may be your downfall, it’s all in there. 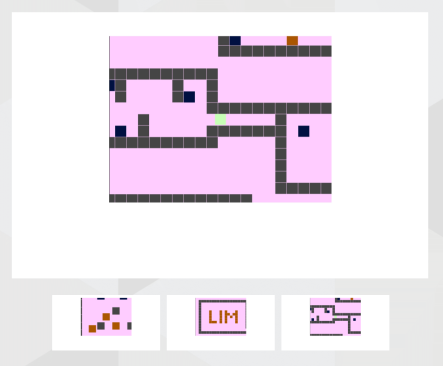 What makes Lim, and many other games that use this abstract technique, so powerful is the fact that the player makes these connections between on-screen events and real world emotions organically. It’s the super power of the abstract video game. Rather than being told you’re an outsider through stereotypical characters or canonical genre structures, you come to realise you are an outsider yourself, without the pressure of a representational world guiding those feelings through a conduit of storytelling, cut-scenes, or dialogue. It’s, essentially, a direct line to the feels, without the barriers of having to identify with another being first. You simply feel for yourself, because that’s all you have when there are only cubes on-screen.

Scott McCloud’s famous adage still stands true. Abstract comic graphics act as “a vacuum into which our identity and awareness are pulled, an empty shell that we inhabit”. It’s a concept better explained in the art of McCloud himself, originally appearing in his 2001 guidebook Understanding Comics: The Invisible Art.

We’ve seen how abstraction can allow us a more organic, and therefore more meaningful connection with the events of a video game experience because of its abandonment of guiding realistic-representational structures. We’ve seen how the barriers of identification that often sit in the photorealistic representation of the stereotpical white athletic man can be overcome through abstraction in this way. However, that’s not to say that identification with a character or being can be shuttered by the adoption of an abstract protagonist or experience.

Journey is the most obvious candidate that springs to mind when considering an abstract protagonist. Speech-less characters abound in video game history, however few games go as far as to completely remove any form of characterisation, including face, emotion, gesture, backstory and even goals. The player’s conduit through the world of thatgamecompany’s online multiplayer adventure is a faceless, robe-wearing, gliding being from undiscernable origins. Your motivation is unclear, your origin is silenced, you are simply placed in the middle of a desert world with only your human / gamer instincts to move around and proceed to the tall mountain you can see off in the distance. When you meet another player, you can’t even communicate using your character’s own voice or gestures – you simply have to communicate through your own movements – swaying in the sand, or gliding back and forth over a section of the world that holds a clue to the puzzle you’re both solving to grab your comrade’s attention.

The complete removal of any realistic expression, appearance, or context, has led to some of the most profound emotional responses to a video game experience in development history. The feeling of connecting with other players on an instinctive, emotional level is unparalleled, and promotes the team’s goal of bringing players together far stronger than a set of emotes and GG phrases ever could.

It’s relatively easy to discuss the effect abstract game design can have on representation and identification, however if we are to demonstrate the potential for abstraction in the modern day video game experience, we must go further than these conceptual ideas. The actual mechanics of a game can, too, be abstracted to reveal amazing new experiences and approaches to video game design. Sure, Proun offers an abstract visual experience, and even takes its name and style from a collection of abstract works by El Lissitzky but we can take the ball-roller even further and see how it actually also abstracts its finer details of mechanics and gameplay.

If you’ve ever played this high-speed pipe balancing, headache-inducing, teeth-gritter of a game you’ll be aware of the intense difficulty on display. Proun is so difficult that making it past the trickier stages of the game relies on learning specific movements and matching them to a specific stage of the level. Players themselves must physically simplify the mechanics of the game they are playing down to certain key presses and control manouvres. The very mechanics of this game are therefore abstracted on the fly, by the players. Beating a hardcore level in Proun is a display of skill, a medal testament to the hours of practice and control-learning that have gone into such an achievement. It’s a recognition of the power of pure play, or ludological game design. That is games designed purely for the in-the-moment skill, the fun of the mechanical challenge laid before you. Before photorealistic graphics, video game narratives were a side-piece, a short story in the manual, an advertising crutch. Don’t get me wrong, I love that video games are becoming more of a storytelling medium, and these experiences and stories are often what makes a game, particularly an indie game so great. It’s worth remembering, though, that Proun demonstrates the ability of abstraction to turn pure play into Deep Play.

Deep Play is a concept that Alison McMahan takes from Jeremy Bentham to mean “to be so engaged as to become obsessive”. It is essentially a non-diegetic engagement with a game, an engagement that is not directly appointed by the game’s structures or goals. One of the clearest examples of Deep Play comes from my own repertoire of student-dom. SSX Tricky is a snowboarding game that offers the option to run through tracks and gather points according to how well you pull off tricks. Myself and a couple of my flatmates were pretty good at this game by the time our third piece of critical coursework was due, so we decided to race to get to a million points in these ‘showoff’ tracks. That wasn’t the goal of the game. The goal was to do well enough to earn a gold medal and unlock the next track / character / board. We made it our goal, and became obsessed with it over the course of a week that drove our other housemates insane. (I am unhappy to report that it was my opponent who first reached a million points on the track in question, Garibaldi for those who still dig out their PS2. I did, however go on to beat that score, so all was not lost).

The potential abstraction holds for breaking mechanics down into Deep Play inducing experiences is extremely exciting. It’s a great example of taking the photorealistic timeline of video game development and flipping it to reveal new opportunities for expression and play grammar.

This is, obviously, a skim-reader’s rendition of the game design potential often hidden in abstraction. This section of Musings Of A Mario Minion intends to take this exploration deeper through a number of different examinations with the end goal to build a treatise on the expansion of the abstract video game market. If we can demonstrate the power of these new types of expression and experience, we can open up a new grammar of play and a new understanding of the power of the video game to convey experiences and messages through organic, meaningful processes.

Shout out your favourite abstract video game in the comments, and if you’ve beated a million points on SSX Tricky‘s Garibaldi track let me know… i’ll wait.

One thought on “The Art Of Abstraction”