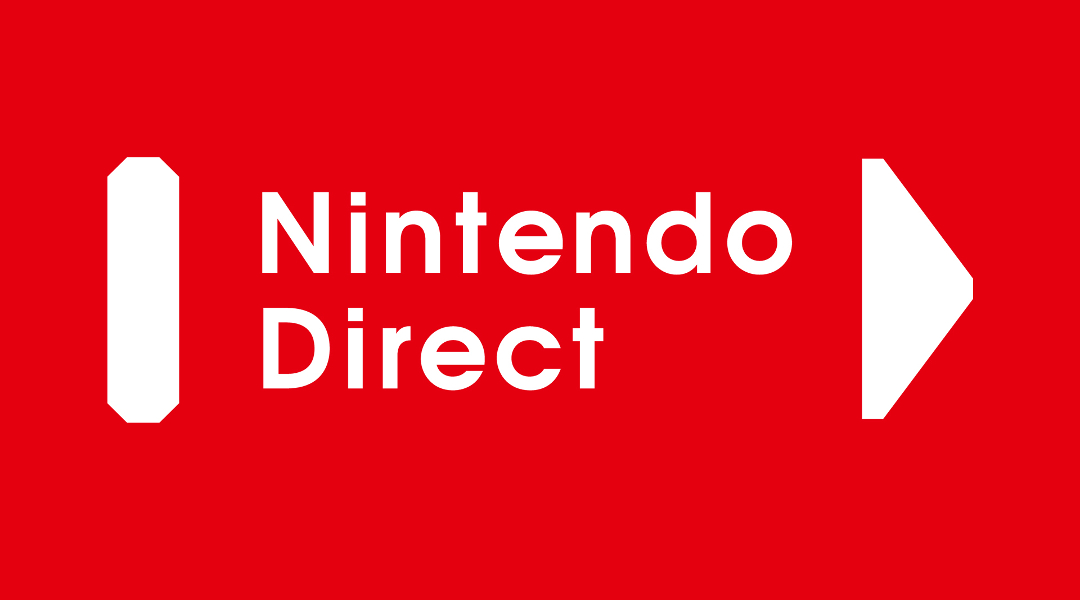 I do love a good Nintendo Direct. They cut the bullshit and give us what we want, fast. Tonight’s download was no different, and provided headline after headline of new release date information, rumour confirmations, and last minute revelations – Super Smash Bros. anyone?

First, A Few Shining (If Slightly Confusing) Stars From The 3DS Catalogue

Detective Pikachu certainly looks intriguing. A Pokemon detective game pitting Pikachu at the centre of a gritty LA Noire-type Pokemon-mystery puzzler certainly wasn’t going to fly over the heads of all those waiting for a new linear instalment. Still, it’s something. 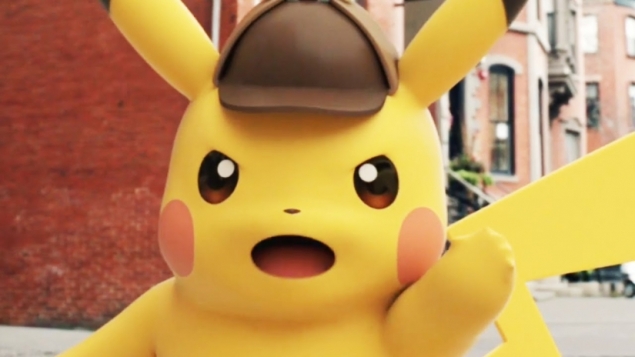 Luigi’s Mansion was a title we were all hoping to hear in this Nintendo Direct. Just maybe not a remaster for the 3DS. While everyone was gunning for a new spooky adventure on Switch, another 3DS Luigi’s Mansion title is certainly a step in the right direction. Whether or not this means Nintendo is simply gearing up for a distant future release of a new instalment on Switch is up for debate.

Kirby Star Allies launches on the Nintendo Switch next week and tonight’s Nintendo Direct offered some new information on a novel aspect of gameplay. All those characters from across the series you had pushed to the recesses of your memory are now back in Kirby’s dreams. 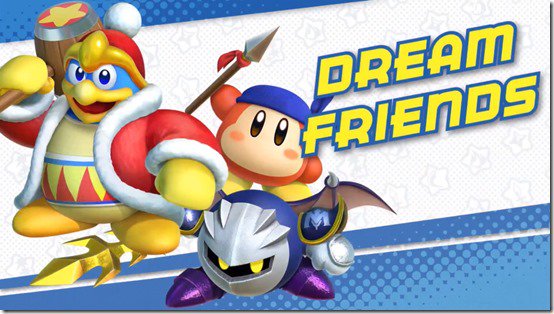 These ‘Dream Friends’ can be gathered through free updates to put together the ultimate ‘Dream Team’ if you will. With a free update available on March 28th comes the first characters to collect for your party – Rick, Kine, Coo, Marx, and Gooey.

Touch screen and motion controls are employed in this Nintendo Switch HD reboot of a puzzle classic. Using the brush provided by the Gods, solve puzzles and save the land from the terrible curse all in glorious HD from Summer 2018.

Sushi Striker: The Way of Sushi

Donald Trump’s the President of the USA. Britain is leaving the EU. Global conflict is threatening to tear carefully plotted relations apart overnight. Thankfully, we could be worse off. Sushi could be banned.

That’s the reality of the world of Sushi Striker: The Way of Sushi. The new eShop title will hit June 8th on Nintendo Switch and 3DS and sees players wage sushi battles to topple the raw fish hating empire and return seaweed rolls to the people who deserve them. Essentially, it’s a colour match game with online multiplayer and a wacky story to boot.

Tonight’s Nintendo Direct also offered some more information on two new characters in Square Enix’s upcoming Octopath Traveler. Tressa, a merchant, is seeking to gain work experience with the special ability to purchase hidden items from townsfolk, whereas Athyn is on a quest to heal the people of the town with the ability to wean extra information out of every conversation. 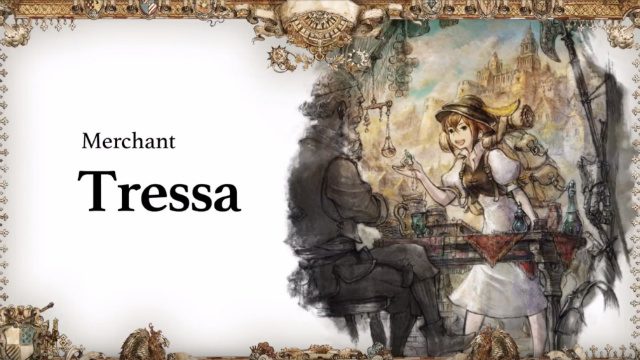 We also learned more about the strategic character development waiting for your fingertips. Players can upgrade their characters through their jobs and skills in order to move up in the world and expand their range of opportunities.

July 13th is that magic release date, with a special edition launching on the same day. If you’re really excited about this gorgeous RPG, the special edition will bag you a pop up book, introductions to each of the 8 characters and their individual origins, a map of the city, and a currency coin replica!

We got a slighly extended look at Travis Strikes Again with more visuals on each game mode and information on upcoming cooperative play features. We’re still stuck on a vague 2018 release date, however.

More than a confirmation, less than a decent look – the words Dark Souls were seductively whispered half way through this Nintendo Direct. We did receive a release date of May 25th 2018, and details of a network test that will allow players to try out the game for free however. This network test is a repeated tactic of Nintendo, as demonstrated by similar offerings made throughout the presentation, so get your testing hands out!

We all knew we were getting an extended look at brand new Tennis extravaganza Mario Tennis Aces, but I was honestly surprised by how much I enjoyed hearing about it! I’m usually not one for sports game apart from the odd Madden session, and tennis itself was never a big one on my list, but damn it this looks fun.

The presentation served up information on a variety of gameplay mechanics in the form of different shots available to the player and the different rules and considerations required to execute them perfectly. The Zone Shot offers the ability for the player to aim before hitting the ball using motion controls to pinpoint your landing spot before executing your precision shot. The result is an extremely powerful shot that can damage your opponent’s racket. 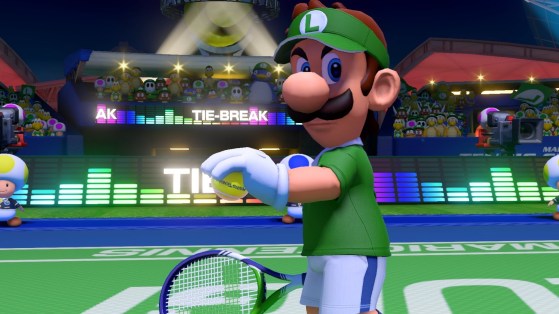 That’s another mechanic. Rackets can take three hits from these zone shots before they break, forfeting you the game – you can’t play without a racket after all. Should you block this Zone Shot, however, you can save yourself the embarrassment of splayed strings.

Earn these moves, and many more, by utilising your energy gauge. Built up slowly by executing perfectly timed trick shots, and managed carefully throughout the course of your game to maximise effectiveness, the energy gauge will prove a powerful tactical ally.

Should you wish to forfeit all this unnecessary spectacle, there’s always the option to play with simple basic shots and win the old fashioned way. Events and online tournaments will be on the way, with special outfits and characters up for grabs as well as a story mode to take you through the ins and outs of tennis… narrative… 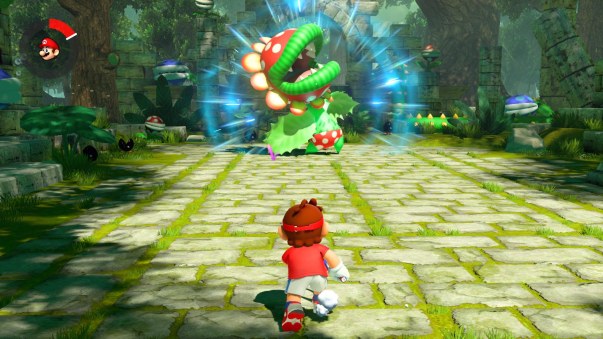 Mario Tennis Aces launches on June 22nd, with (you guessed it) another free trial shortly before launch day. This time Nintendo are hosting a pre-launch online tournament where players can try their skills for free against other players before getting their hands on the full game.

Ever wanted to see a Super Mario: Odyssey level from another direction? Well, now you can. Captain Toad’s spinoff will take players through different sandbox levels including recognisable locations from Mario’s massive 2017 blockbuster in a quest to collect hidden treasures. 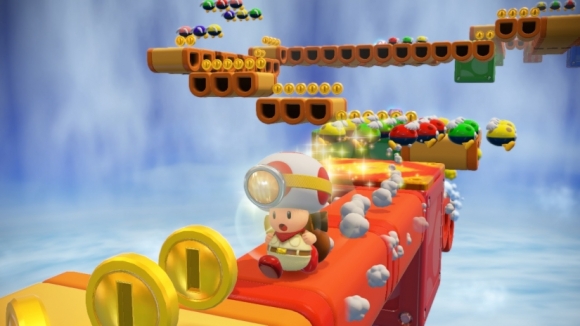 Manipulate the map by dragging the viewpoint around on the touch screen and jump into every nook you find to ensure a full collection. Think Fez meets the 3D collectathon. With a similar multiplayer coop approach to Super Mario Odyssey, Captain Toad: Treasure Tracker will either offer a charming puzzler to keep the brain tapping away or an Odyssey cash in – here’s hoping it’s the former.

I’m incredibly excited about this. Having heard rumblings about Crash’s debut appearance on a Nintendo title I had kept my guard up until I saw his spiky hair on my laptop screen in the flesh. The trilogy will arrive on Nintendo Switch July 10th, and I’m seriously considering a double purchase on this one having Day One’d the 2017 PS4 version. 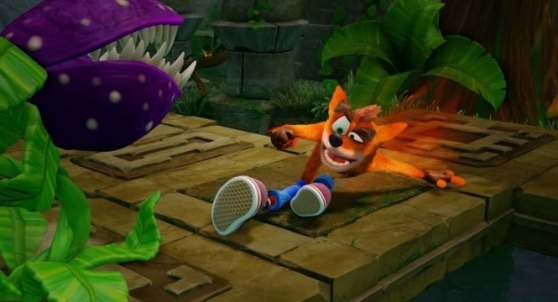 Another PlayStation title that might make its way onto my Nintendo Switch is Little Nightmares, which is coming to Switch May 18th. With all the DLC included, and the option of a suitably creepy Pac-Man inspired mask with the Pac Man amiibo, Little Nightmares Complete Edition combines both tales into one eShop download.

South Park: The Fractured But Whole

I was a little surprised to see a so-called “outrageously offensive” title on Nintendo’s primary coloured, buttons-small-enough-for-tiddlers roster but it’s 2018 people, and Ninty’s growing up. The hilarious South Park: The Fractured But Whole will allow players to live out their Colorado super hero adventures on the go on April 24th, just don’t play with the sound on during your commute. 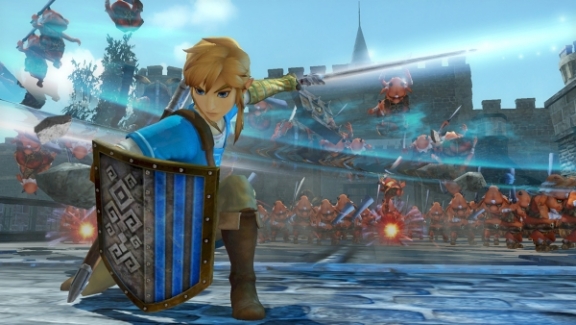 Hyrule Warriors will release on Nintendo Switch May 18th 2018. That’s all the info we received for this one, and it was more of a reminder than a hands on look.

Not enough people are playing Arms. I can see why – the title never really held my interest for longer than a trailer, but I may be taking part in the free 3 day demo event taking place from March 31st all the same. What can I say, I’m a sucker for a desperate marketing punt.

We got a lot of information about Splatoon 2 in this Nintendo Direct – from eSports championships to new updates, all the way to a brand new single player expansion.

Firstly, the European Championships will be held on March 31st with the best two teams duking it out for inky glory against the backdrop of a particularly bizarre looking virtual concert courtesy of Pearl and Marina.

Secondly, Version 3.0 is due to land late April which will arm players with 100 new pieces of gear, more stages including Piranha Pit, Camp Triggerfish, and Wahoo World, as well as the elusive Rank X. Rank X sits above S+ with more details to come soon. 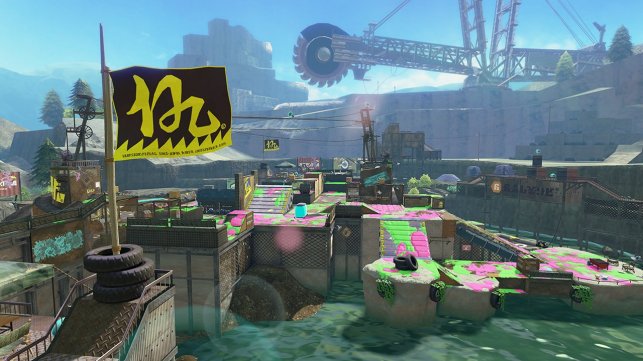 Finally we were treated to a glorious trailer for Splatoon 2’s first single player expansion. Octo will act as paid downloadable content in which players take on the role of Agent 8, an Octoling who wakes up in an abandoned subway tunnel turned underground test facility. After battling your way out of 80 facilities and surfacing, players can play as Agent 8 in multiplayer matches. This expansion launches Summer 2018. 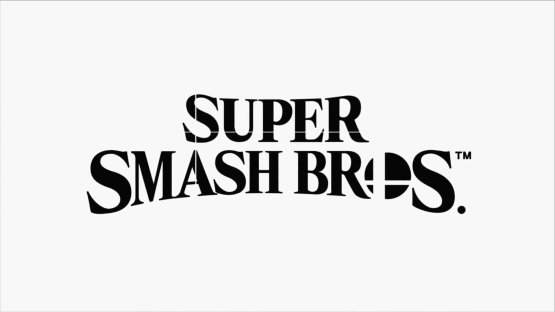 Oh that was cool. Like, really cool. Like, hair standing up on the back of your neck, grab the arm of the person sitting next to you cool. I love a good teaser trailer, and Nintendo’s Super Smash Bros. announcement was one of the most heart pounding i’ve seen. There’s not much more to say – it’s coming, and it’s announcement was… just… so cool.

You can watch the entire Nintendo Direct episode on the Nintendo website now. I’m off to play some WarioWare DIY after that 3DS announcement.