Nintendo have historically been hostile towards third party development, going so far as sealing the fate of Wii U in its lack of library and walled off development network. That all seems to have changed with the Switch, however. As the console / handheld hybrid continues to soar through successes, much of its offerings are down to the independent developers Nintendo spent so long shutting down. To flip from being a renowned closed circle to a contender for number one destination for independent development is astounding, but its continued success, and the way such success is handled through the eShop will be incremental to the way the industry responds to, and shapes itself around, indie games. 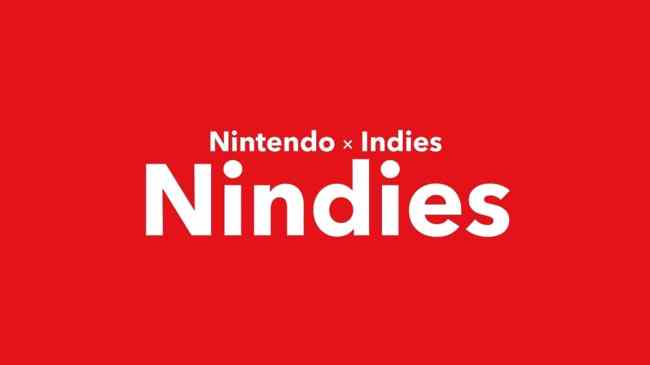 Where the Indie Uprising Came From

It wasn’t obvious that the Switch would soon become a hub of independent originality and talent when the console first launched in 2017. That soon changed, however, when the Switch was barely out the gate. Being such a novel concept, mainstream AAA developers were wary of releasing onto the system in its early days. Nintendo’s unwillingness to allow even these AAA studio games onto previous consoles meant the Switch was uncharted territory for some of the top development brands. This lack of initial AAA support obviously meant there was a lot of precious storefront real estate up for grabs, for a lot less than independent developers had come to expect from Nintendo.

One of the biggest factors contributing to the snap implosion of Indie games on Nintendo Switch was the fact that developers were happy to work to the consoles strengths and niche. Again, something bigger companies weren’t willing to risk. Joy Cons became the pinnacle of independent development, with support for the Switch’s unique features being poured into games as they were getting ready to launch. Having a bunch of titles waiting in your launch queue that perfectly demonstrated the features of your new product (while readying yourself for scrutiny over the worth of these features) and complied with your brand ethos of originality and fun was a done deal for Nintendo and the Switch. That eShop real estate began filling up fast.

If you had staked your place in the rush early, you were in. And if you were in, you were sorted. Those early weeks after the birth of the Switch saw Indie titles reaching chart heights they would only have dreamed of on other platforms. Golf Story was a viral sensation, and Snake Pass topped eShop charts in almost every territory just a few weeks after the console launch.

It wasn’t all down to developers getting their foot in the door, however. Nintendo did something with the Switch that many playing through the days of the Wii U would never have imagined. They offered thorough and early support for independent development softwares Unity and Unreal, sent out dev kits as soon as they’d cooled from manufacture, and guided developers through their own loopholes and bureaucracies to ensure their titles found a spot on the ‘Coming Soon’ tab.

The results have been tremendous. Not only is Switch colloquially renowned for its independent offerings, but the numbers are stacking. Its rate of growth in the Indie sector is rapidly exceeding that of Xbox and PlayStation, relative to lifespan, and many devs were clamouring to get their brainchildren onto the golden ticket of game sales in 2017.

Why Is Nintendo’s Support of Indies Important?

Aside from the obvious, indies deserve a place in the market because their titles are unique and original and not cookie cutter and fuck the man and blah blah blah, Nintendo’s support of Indies has the potential to further skyrocket the development process. The main thing is that Nintendo are still keeping a close eye on each new release, and not just the game but on the studio itself.

Damon Baker, Senior Manager of Publisher & Developer Relations at Nintendo of America, has said that the relationship between Nintendo and Indies has evolved from a “curated content position” to a “curated partnership position”. Essentially, Nintendo needs to have “a level of trust and confidence” in a developer’s background and aptitude before they will allow them to release their game to the Switch.

Nintendo’s Independent policy, then, is a halfway house between traditional publishing which prioritises AAA titles and relegates Indie games to the mods, forums, and Steam, which becomes waterlogged with hastily thrown together titles drowning out the real gems that can carry the industry in a new direction. They curate their independent titles, through curating their partnerships with specific developers and publishers. This kind of cherry picking from the pool will ensure the Switch remains Indie-friendly (something it needs to be with its casual market, Nintendo’s focus on unique and playful approaches, competition with mobile and console entries, and focus on eShop) while avoiding saturation. Filling a prominent marketplace with the kinds of games that speak volumes for the thoughtfulness and creativity of the independent development scene, and cement its place in the industry will prove essential in gaming’s ongoing pursuit of respectability.

If you visit the Nintendo eShop today you’ll be initially presented with Indie and AAA releases side by side. You’d think that in the post-Minecraft world of independent success this would be a given, and yet the homepages of PS4 and Xbox One simply present big budget console exclusives and AAA blockbusters. It’s a simple indicator of the power Nintendo has to further amplify the voices of unique and nuanced independent gaming experiences.

There Are Risks In This Control

Such control over the developers and publishers they work with, however, does present a risk for the independent industry, and gaming industry by extension. It’s often the case that success stories are louder than the failures. After all, the failures never get to the public eye. Listening to developers of games that have been rejected by Nintendo can reveal a lot of dangers in the way their “partner curation” is operating.

Let’s go back to the start for a bit. During the 1990s, Nintendo’s stringent family friendly policy led to them rejecting games for a range of thematic reasons, ranging from the sexually suggestive to the politically inclined. If certain developers are to be taken seriously, it seems Nintendo still haven’t shaken off this jittery parent feeling. This time, there’s a twist – Nintendo seem to be allowing AAA developers to release titles with mature themes, but not the Indies.

Wolfgang Wozniak can explain through his conversation with The OP about one of his titles that was rejected by Nintendo of America:

“It’s a short and sweet game where two people have a conversation… It’s an adult situation, but there is no what you would call ‘adult content’ in it. Specifically, this was mentioned as being exactly what they were looking for, but too mature”

Of course, this is just one story from one developer. It’s all too easy to assume this is the norm in the Nintendo boardrooms, but it’s worrying nonetheless. Thematically determining which games should be put onto a system with an all-age audience will see Nintendo taking two steps back. What’s more, the lack of exposure to these mature games will dull the edges of the industry and hinder its future ability to deal with mature themes in a constructive and thoughtful way. If we see less of these games, these games won’t sell. If these games don’t sell, they won’t be produced.

Ever since gaming grew from its angsty adolescent puberty, it’s been hungry for recognition as a medium of expression in its own right. If we hinder the games that seek to utilise the medium for explicit expression, that hunger dulls. Of course, this is all further down the line. Nintendo is becoming more lenient to mature themes in the games they put on their consoles – we have Doom and Wolfenstein providing a rudimentary demonstration of this. Perhaps we need to give Nintendo time to allow this precedent to filter down to the Indie community of developers. They’ve not worked with publishers of these types of games or themes before (or at least not in the last decade), and as their new policy suggests, they need to know that they can trust them before they leap fully into this new territory.

Why do we care then? The Nintendo Switch is a relatively small piece of the global industry as a whole, including the trends and approaches that phrase encompasses. The truth of the fact is, there are many different factors that can serve the Indie community. The Nintendo Switch just so happens to be one of the loudest voices in the sector right now. If Nintendo can get it right, offering a storefront of Indies alongside AAAs, one that has been curated by developer strength and game quality, not theme and message, they can propel the modern Independent scene to new heights.

Indies offer games that don’t have to conform to risk-free cookie cutter titles and therefore bring games to the table that demonstrate the ability of a video game to provide thought-provoking, culturally relevant, and socially critical pieces of expression – rather than pure bullet simulators. I’m not against bullet simulators – but we need both to drive cultural recognition of the medium. Being a gamer doesn’t just mean bullet hell anymore – it means actively taking part in complex narratives and interactions that express distinct messages through means that only our medium can. If we lose one of the core drivers behind these types of games, there’s less hope they’ll reach the masses and appropriately demonstrate the power of video games.