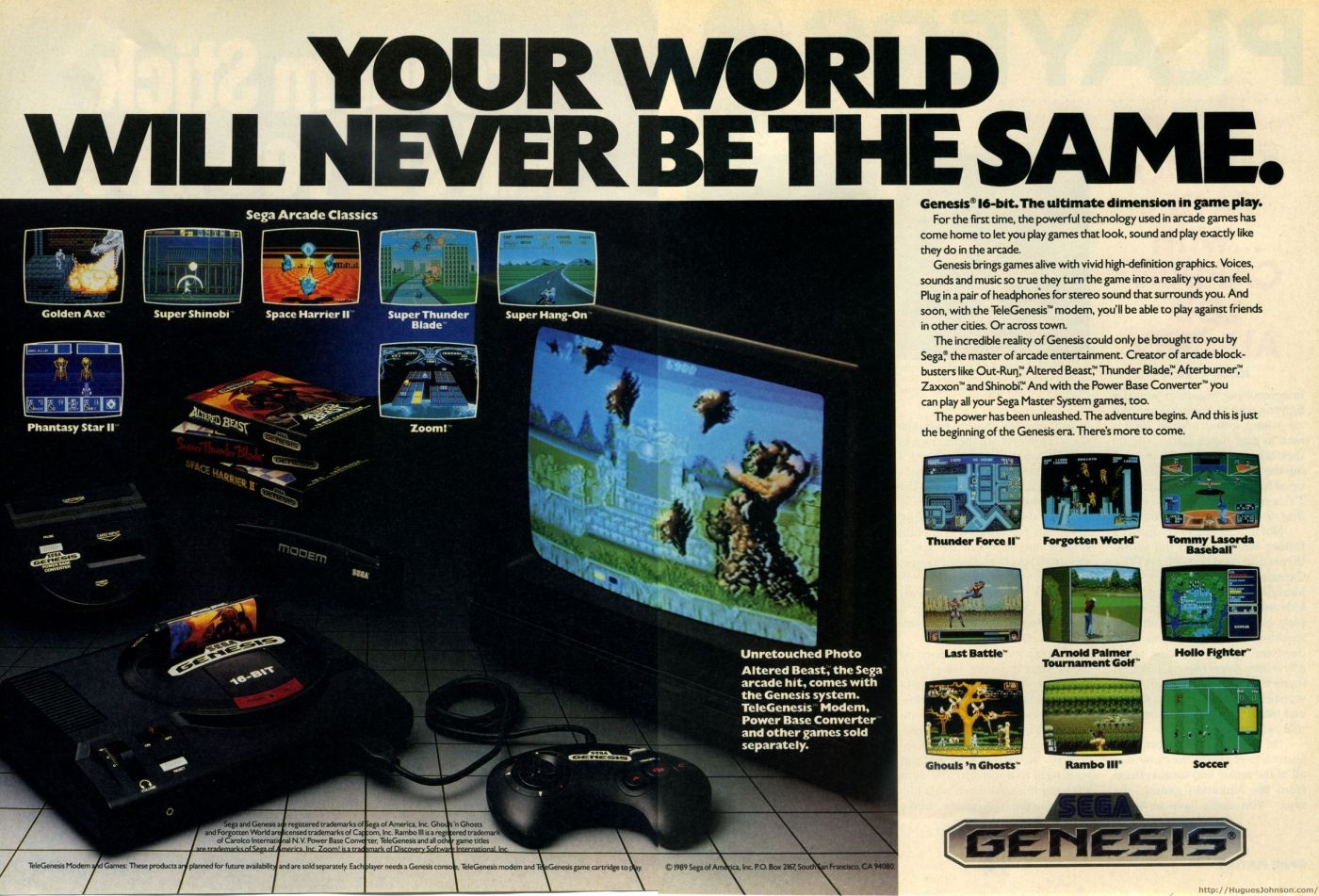 Sega Genesis Classics hit major consoles last month, but you wouldn’t have guessed it. Sure, we don’t expect the higher powers of games journalism to take a look at a 20 year old console in the month of E3, but the silence around the compendium got me thinking of all the Sega Genesis (or Mega Drive) gems that have been forgotten over the years.

Sonic, but… not… and also a star. That’s probably the sentiment that roadblocked Ristar‘s deserved ascension to glory on its release in 1995. The market was full of platformers attempting to cloak a Sonic copycat in a new skin and cash in on the move-fast-die-quick hype. Unfortunately, Ristar became collateral damage in this market saturation.

It wasn’t just his video game that couldn’t get off the ground, Ristar himself couldn’t jump. That made for an intriguing gameplay mechanic in the era of jumping over literally anything to feel good. Instead, players who did take the leap (ironically not literally) on the Genesis gem, were tasked with stretching their protagonist’s arms out wide to grab at ledges, enemies, ladders, and wall holds, swinging through each level like an astrological Tarzan. It was, genuinely, a brilliant game that unfortunately looked a little too much like the fad of the moment to stand out in its time.

As we’ve seen, the 2D platformer world in the late 90s was a crowded one. So, it’s easy for gems to get pushed to the back of the store shelf. Nevertheless, Rocket Knight Adventures managed to charge its way to public recognition slightly later than planned, and now enjoys a hugely apologetic audience.

It’s another case of Sonic killed the clone, however. While it can be fairly inflammatory to call a game like Rocket Knight Adventures a Sonic clone, it was this perception in the 90s that tripped protagonist Sparkster. Today, though, fans that have experienced the hurtling of Sparkster’s rockets, or sliced enemies into a bloody heap simply by spinning, herald the first Sega Genesis exclusive as one of the best platform games of all time.

If 2D platforming had Sonic at its forefront, fighters had Mortal Kombat and Street Fighter 2 leading the way. Before Sega settled on their introduction to the fighter genre with Virtua Fighter, they took a quick toe-dip in the 2D waters with Eternal Champions. The game offered a sublime story that was actually worth following, yielding a surprisingly emotional resolution to those who paid attention. It even released with a good deal of marketing hype from Sega, though largely due to its role in the sales of their new six-button control pad. Nevertheless, for reasons unknown, Eternal Champions fell out of the public consciousness pretty quickly, and was soon relegated to cult fancy and attic finds.

4) Boogerman: A Pick And Flick Adventure 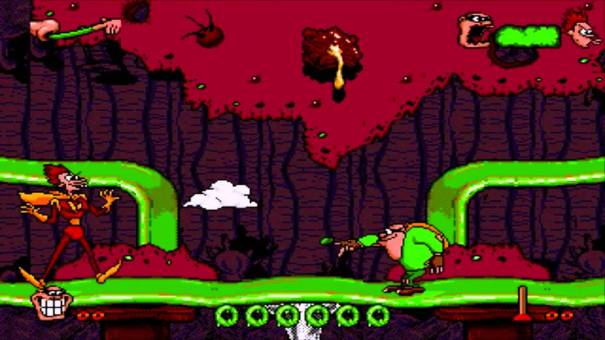 Coming across a game awarded Grossest Character of 1994 by Electronic Gaming Monthly, and the third worst character name ever from IGN means you’ve come across something special. Boogerman is just that. The game was rapidly relegated to the bargain bin on release in 1994. A side-scrolling bodily fluid exchange, the only weapon at your disposal against an army of foes is your own grossness. Burping and farting through each encounter feels wrongly satisfying, and just something you have to accept is happening to get anywhere in the game. Nevertheless, it’s this kooky comedy and overall childishness that makes Boogerman so amazing, and definitely why it remains in many core players’ minds to this day. 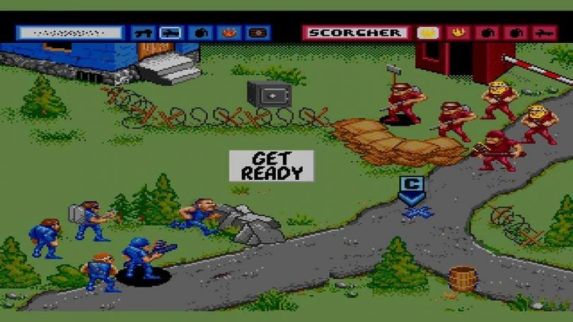 General Chaos took the concept of general chaos and turned it into general chaos. Take a small map and two players, give each 5 factions of an army to control consecutively, put some pretty explosion sprites and charge sound effects in and you’ve got yourself a cult classic. 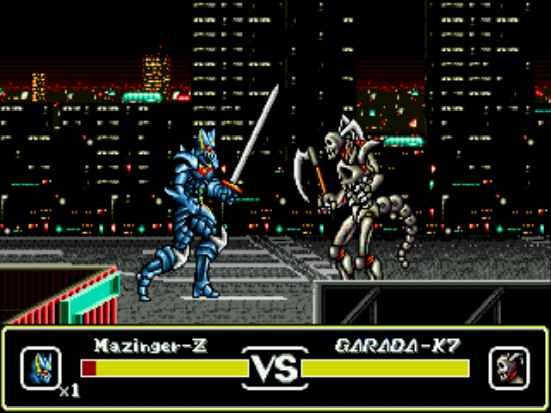 Born from a manga created by Go Nagai, Mutant Fighter brought classic Japanese gameplay to the West. Jump in your Mazinger Z suit and hulk smash some Bio Beasts until the power becomes all too much and you have to face a boss battle. That’s when you’ll really see the game shine. If you thought you were big in your Mek-ish suit, the size of these bad boys will push you to your limits. As one comes into view, your suit grows until you’re in one on one combat with city-obliterating power that just feels so damn good. While the gameplay was classically appealing, the game just never seemed to catch on with the Genesis’s audience.

It seems that TV show spin off games were avoided even before the main offenders had attempted to shift. Gargoyles was a Disney funded tie in to the popular US cartoon that went so far under the radar in 1995, even many hardcore fans of the comic weren’t aware of its existence. The platformer took place in the same universe as the cartoon, with the same characters and lore, however rather than riffing off the action genre, the game went for a more methodical approach. The puzzles that awaited players in the hidden rooms and rich atmosphere of Buena Vista Interactive’s console exclusive, were so impressive that Gargoyles completely side-stepped the churn effect so many spin offs are plagued with. Unfortunately, nobody told the punters of 1995 that, and while the game enjoys its fair share of playtime now, it’s still a relatively unmentioned gem.

Target Earth‘s downfall didn’t lie in its genre or dismissal, the futuristic horizontal shooter was simply in the wrong hands at the wrong time. In 2201, an army of cyborgs are threatening the Earth, and it’s your job to don a 12 foot tall armour suit to fend them off. The game was positively received in Japan, under the name Assault Suit Leynos, however that trip across the water couldn’t have been rougher for this hidden gem.

DreamWorks picked up the title for Western audiences and quickly set about destroying any chance it had of succeeding. From dismal box art to a rushed whisper of marketing, Target Earth became a victim of the company’s eventual death. Today, however, many enjoy its storyline and action packed combat. However, it’s the parallax effects employed in the horizontal shooter that really set it apart from other titles of the era.